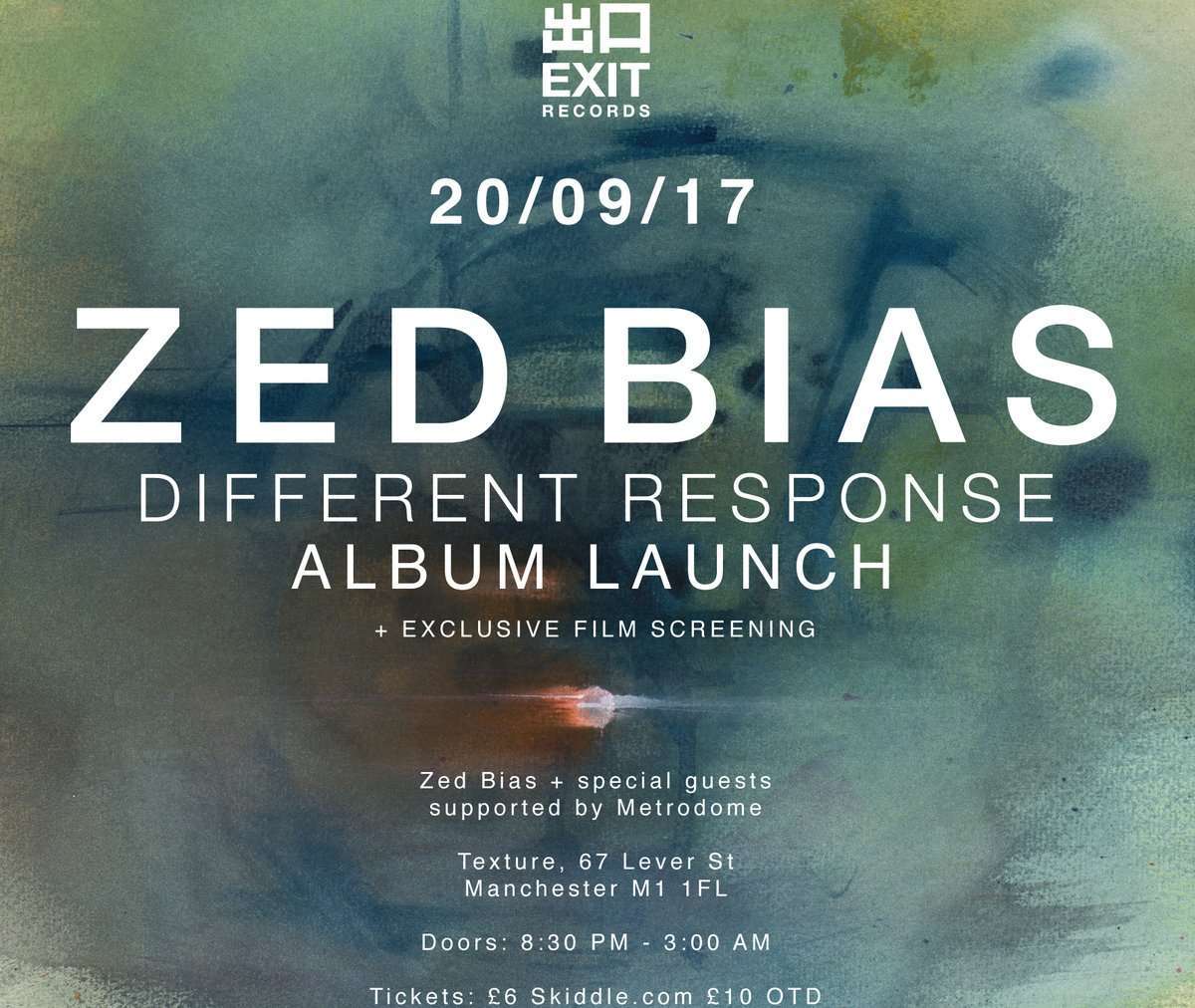 Zed Bias is going to be introducing his new ‘Different Response’ Album to an intimate crowd with special guests at the album launch party Wednesday 20th September. The event is being held at Texture, MCR, broadcast live on Unity Radio bringing you ‘The Real Sound of the City’. Listen in from 11pm as Zed celebrates the release of his new album with Legendary Drum & Bass record label ExitRecordsUK

Zed Bias AKA Maddslinky is an electronic music pioneer. Throughout his career he has effortlessly traversed genres whilst at the same time retaining his signature, iconic sound, making him one to watch.

In 2016 he debuted on Exit Records with a three tracker featuring Zoe Violet, the release was a sign of things to come. Modern U.K. soul delivered in the 160bpm format, this aesthetic has now been developed with the Different Response album. 2017 has certainly carried on this amazing run as his undeniable soul with one eye on the dance floor has led to a formidable feature list to voice the album. Artists from his native Manchester and beyond all lend their talents to the album.