TPG & Manchester Keep’s On Dancing, present a opportunity to be mentored from the best in the game! 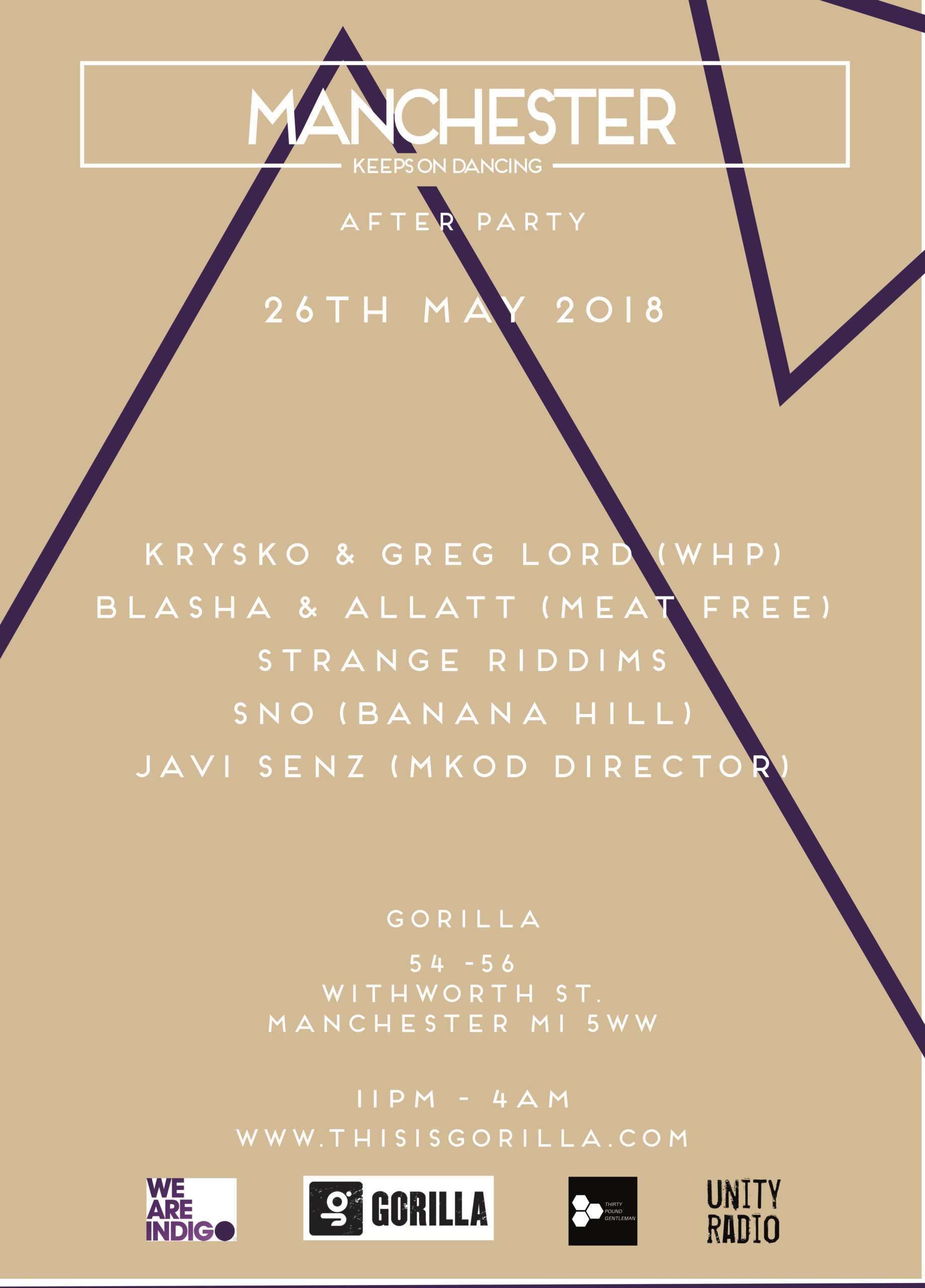 This summer Manchester’s award winning creative company Thirty Pound Gentleman collaborates with ​Manchester Keeps on Dancing ​- ​a feature length film by Madrid filmmaker Javi Senz that documents the arrival of House music into Manchester from Chicago in the 1980’s, through to the Acid House explosion of 1988 and the following 30 years of its phenomenal rise to today.

In association with Unity Radio, TPG will be drawing on their experience of working within Manchester’s new cutting edge of House music with the likes of Mason Collective and Germiko, and bringing today’s vibe to the work by programming activity around the city including; DJ sets on the notorious Red Bull Sugga Truck, a Unity Radio Takeover on the 18th of May, and a masterclass competition for House Music producers aged 15-25 years old with the legendary Zed Bias in the Biasonic live room, and intimate in discussion opportunities with Warehouse Project resident and Manchester Keeps on Dancing contributor Krysko.

If you are a house music producer aged between 15-25 years old and want to get involved in this creative opportunity, send a streaming link with your age and contact details to:

MKOD@thirtypoundgentleman.com (please note that emails with attachments will be auto deleted & all applicants will be reviewed after the 26th may, after said date no more application’s will be accepted)

Manchester Keeps on Dancing ​will be screening at Home Cinema on Saturday May 26th, as part of the Doc ’n Roll Film Festival, will be followed by a Q&A with Krysko, Dave Haslam, Javi Senz, Metrodome (Levelz) with an after-party at Manchester nightclub Gorilla featuring a host of DJs and producers including Krysko & Greg Lord (WHP), Blasha & Allatt (Meat Free), Bad Fun, Strange Riddims, Sno (Banana Hill), and Javi Senz.

Tickets for the after party at Gorilla here: https://www.skiddle.com/whats-on/Manchester/Gorilla/Manchester-Keeps-On-Dancing-Afterpart y/13196499/