Giggs, Charlie Sloth, and some of Manchester’s biggest talents perform at The Warehouse Project, reviewed by Victoria Jane 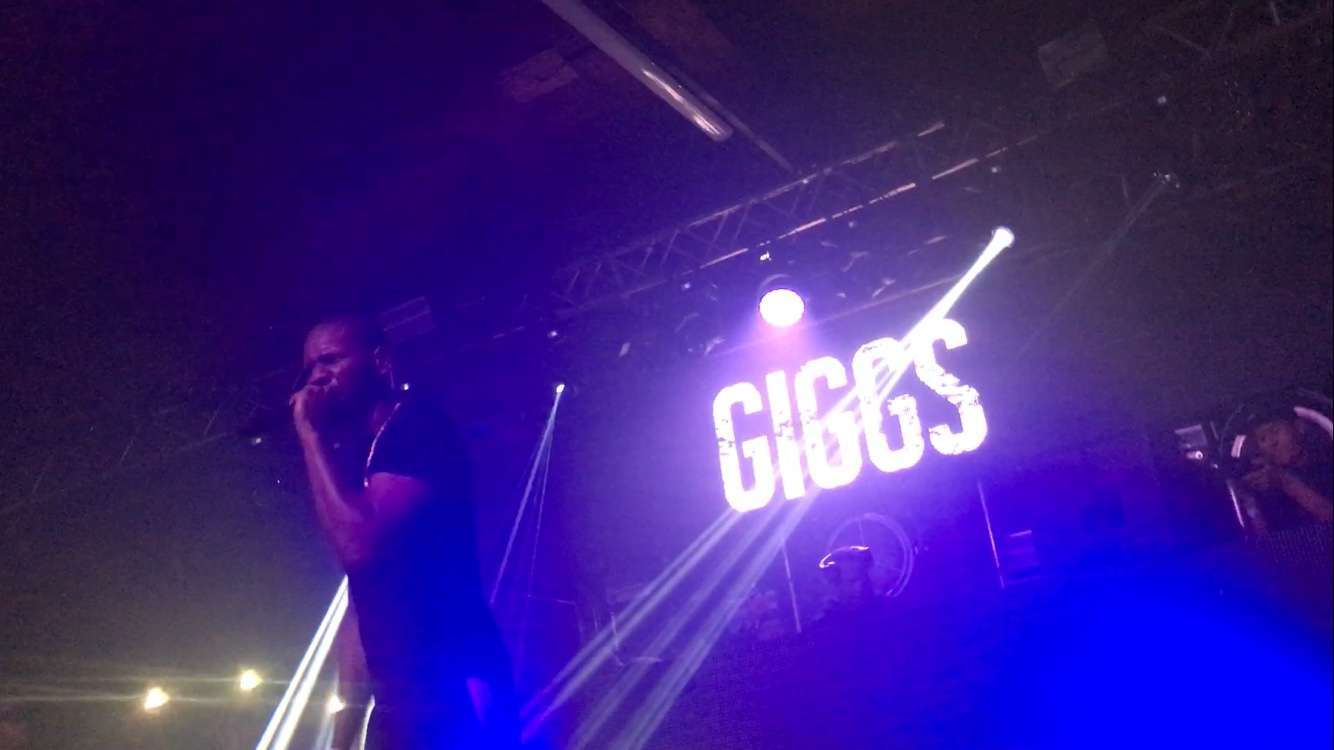 Since 2006, The Warehouse Project has proved to be an event not to be missed, and yet again it succeeded with providing an amazing night. With performances from huge artists like Giggs and Big Tobz, but also Manchester’s very own Just Banco, Chimpo, and Two4Kay; last night (13th Ocotber) was a very big night for Manchester!

With three huge rooms The Warehouse Project featured some amazing DJ’s and artists, all providing the crowd with a different experience. Jonny Dub kicked off the main stage, with Lisa Mercedez and A2 following after. Following on, Big Tobz got the crowd vibing to his hit song ‘Uno My Style’. Rapper Abracadabra, Devlin, and Nadia Rose also took to the main stage to perform some of their renowned songs like ‘Robbery’, and ‘Skwod’.

DJ Target (who earlier on in the day did a special Manchester 1XTRA show, featuring some of the city’s biggest talents), and the plug a.k.a. Charlie Sloth also got the masses of people in the crowd hype; with huge tracks like Cardi B’s ‘Bodak Yellow’ and Big Shaq’s ‘Man’s Not Hot’.

Room two also got everyone skanking and jamming, with Rude Kid, Oneman, Chimpo & Chunky providing the people with great music and an amazing atmosphere all night.

The third room was heaving with Manchester’s talent; with Omar Guedar (Mvson Collective) kicking off room three with a bang. Upcoming artists Just Banco, Two4Kay, and Sleazy F Baby took to the stage to perform smoking hot tracks such as ‘Habits’, ‘Can’t Stay’, ‘Cheque’ and ’22 Badmind’. With LiTek on the decks, Two4Kay also performed his brand-new track ‘ASAOY’ (which stands for Absolutely Saucing All Over You), getting everyone singing “More money more life, yeah yeah.”

Abnormal Sleepz likewise kept everyone dancing and having an amazing time with his set. Also surprising the crowd, there were special guest performances from fellow Manchester artists Tobi Sunmola, who performed his new song ‘Wild Wild East’, and rising star IAMDDB who performed her hit song ‘Shade’ making the crowd go wild.

Everyone was packing in to see the Batman, the Landlord that is Giggs perform on the main stage last. The legend Giggs graced the stage, hyping the crowd with both songs from his new mixtape ‘Wamp 2 Dem’, but also older songs like ‘Look What The Cat Dragged In.’ Performing mad tracks such as ‘Lock Doh’ and ‘KMT’ there was not one person in the room that was not singing along to his songs. Finishing the night; Giggs performed one of his biggest songs from his ‘Landlord’ album ‘Whippin Excursion’, that saw the crowd create mosh pits and get very very hype.

Yet again, The Warehouse Project did not fail to deliver an amazing experience and performances. It is clear to see that this was not only a very exciting night, but a very exciting time for Manchester also.