Did you miss J.Cole’s ‘4 Your Eyez Only’ tour performance at The MCR Arena? Find out what happened here… 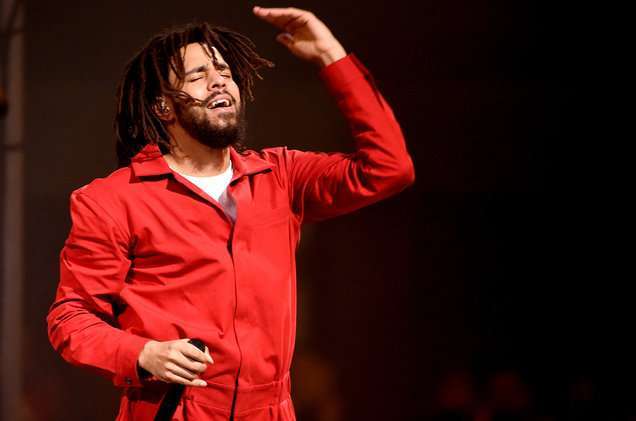 On Saturday 21st October, American rapper, producer and activist J. Cole (Jermaine Lamarr Cole) performed at the legendary Manchester Arena (MEN). The sold out show had audience members excited upon J. Cole’s arrival. Prior to the beginning of his performance J. Cole’s support artist was an American female by the name of Ari Lennox. Lennox specialises in soulful R’n’b and is a definite one to watch throughout 2017/18.

J. Cole’s theme throughout the concert was all about imprisonment, whether that be through the mind, the system or boundaries in which way his music should be portrayed. He made a truly big effort to get this message across to the audience and about the importance of living in the moment and having ambitions & dreams for the future.

Jermaine put on a wonderful show full of video footage, immaculate stage direction and props. He performed the majority of his most recent album “4 Your Eyes Only” which had the crowd on their feet throughout the show. Songs such as ‘Neighbours” and “Change” had everyone jumping up and down in unison. Cole also decided to take us back to where it all started with a few of his classics from older albums he has previously released like his incredible ‘2014 Forrest Hill Drive’ which won the Billboard Music Award for Best Rap Album.

Overall, the show was magical. J. Cole engaged with the audience throughout the evening whether that be through his music or specifically talking to audience members about his music and what he would like everyone to feel whilst listening in that moment. The tour has been a massive success and hopefully it won’t be too long till we  get to see J. Cole grace the MEN Arena stage again.