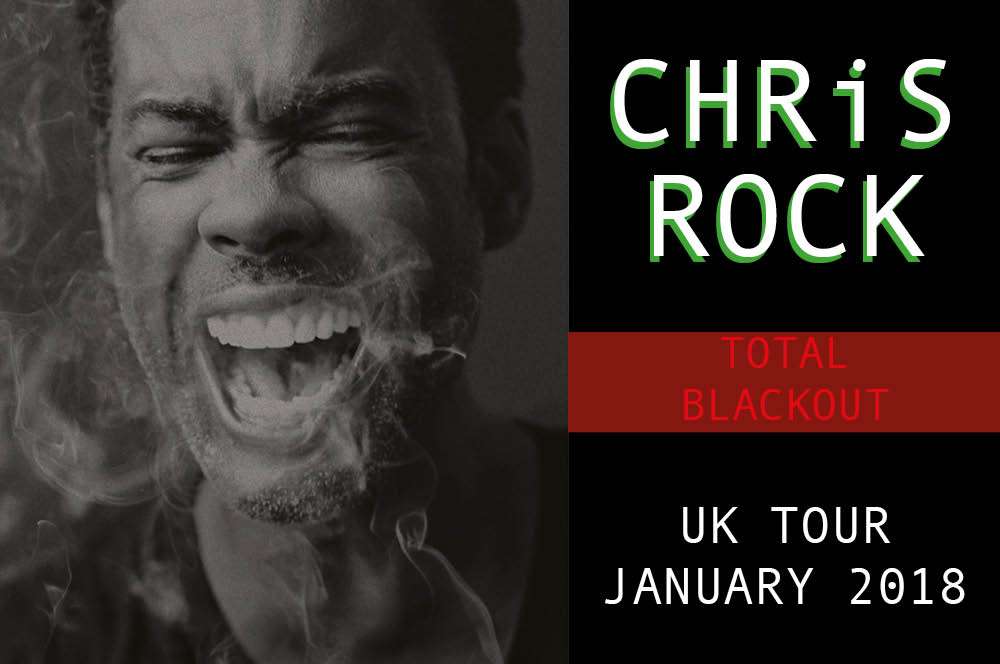 Grammy and Emmy award winning comedian, actor, director, writer and producer, Chris Rock, will be opening up his first UK tour in 10 years in January 2018. ‘The Total Blackout Tour’ will kick off at Manchester Arena on Thursday, January 11. The tour will also visit other cities across the UK including Leeds, Nottingham, Glasgow, Birmingham and London.

Lauded by peers and critics alike, Chris Rock is one of our generation’s strongest comedic voices. As an actor, director, producer and writer he has created many pivotal pop culture moments. With a career spanning more than three decades, Chris Rock is a true icon whose star shines even brighter.

Rock has won four Emmy Awards, three Grammy Awards and is a New York Times Best-Selling Author. In addition, he received two nominations for the 2016 Emmy Awards, for Outstanding Director for a Variety Special for “Amy Schumer: Live at the Apollo,” and Outstanding Special Class Program for the 88th Annual Academy Awards.

The Total Blackout Tour will visit: