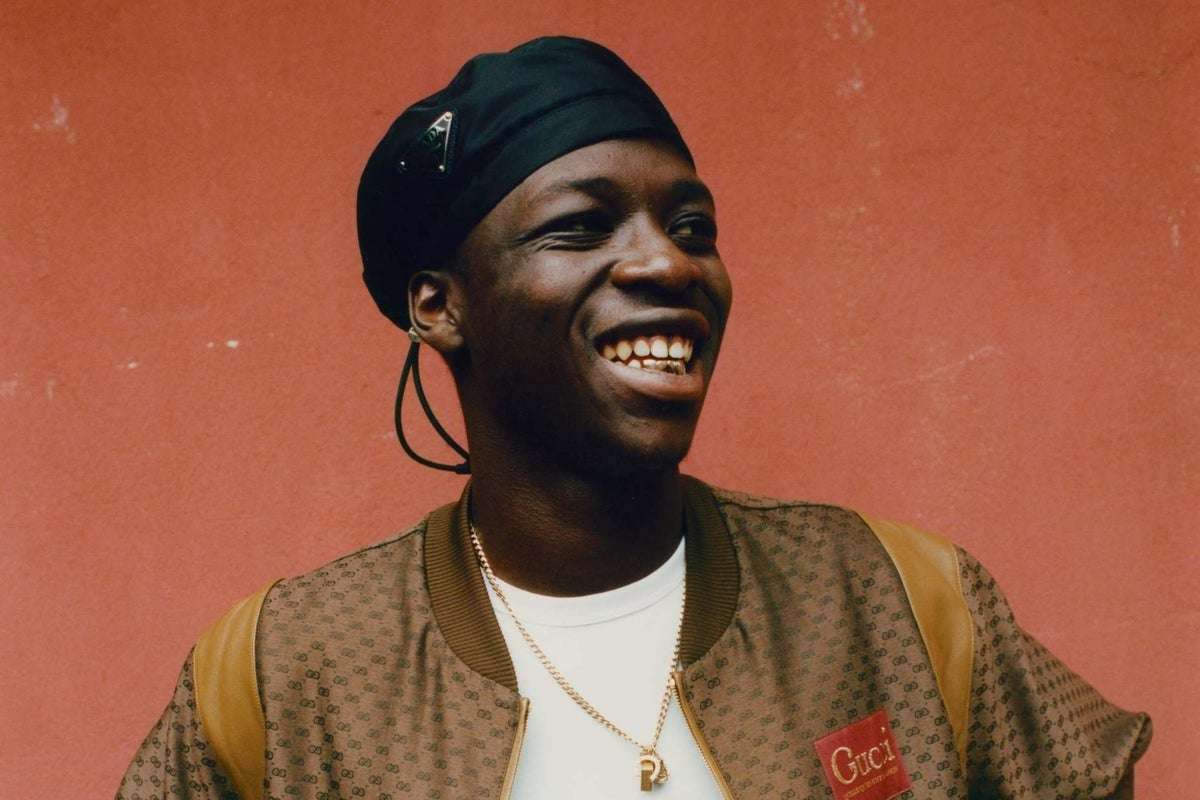 Today we are celebrating Black Music Icons of the Future!

First up, we have Coventry’s finest Pa Salieu!

Pa Salieu is a Gambian-British rapper and singer. In January 2020, he released his debut single, ‘Frontline’ which put him on the map as one of the most exciting artists to emerge in the scene! This track was met with much praise and was the most played track of 2020 on BBC Radio 1xtra. Since then, Pa has refined his trademark style of fusing afro-beats grime and drill with tunes like Betty & Bang-out! He released his debut mixtape, ‘ Send them to Coventry’ in 2020. The mixtape featured another break out single, ‘My Family’ with Background Gee. That same year he was decibels by the London Evening Standard as the rapper to watch in 2020 and has received support from fellow British superstar J Hus!

In 2021 he announced the winner of ‘the BBC sound of 2021’ an annual BBC poll of music critics and industry figures to find the most promising new music talent. That same year he made his US TV debut performing on Jimmy Fallon’s ‘The Tonight Show’. Pa salieu has also gained attention from QG and was titled one of the 11 ‘new musicians who’ll make 2021 better’ and, he was also on the cover of NME’s first issue of 2021, NME 100 edition. Pa Salieu is undoubtedly one of the 2020s most exciting and unique breakout stars!

We’ve got a little soul with Children of Zeus.

Children of Zeus are a Soul/Hip Hop collective hailing from Manchester.
The group is composed of Konny Kon & Tyler Daley. Konny is a DJ, MC and being a part of the Mancunian hip hop group Broke’N’English. On the other hand, Tyler Daley transformed himself from an MC and actor to one of the UK’s best and in-demand soul singers. Tyler has sung and received writing credits from various artists including, Soul II Soul‘s Caron Wheeler, Lenzman, Lisa Mafia, Bugsy Malone.

However, together, they combine soulful vocals with conscious bars to become the most exciting artists to emerge from Manchester. Following the release of their debut album ‘Travel Light’ in 2018, the duo spent the next two years touring the UK, Europe, Australia and South Africa. The album was highly acclaimed, featuring on numerous ‘Album of the Year’ lists. However, with their latest release ‘Balance’ in 2021, it is clear they have evolved and refined their style. ‘Balance’ merges neo soul, hip hop, gospel and even R&B to create 50 minutes of magic. Tyler’s honeyed vocals combined with Kenny’s laidback flows have made them the innovators in ‘UK street soul’.

Next, we’ve got ENNY.

Enny is an English rapper, singer and songwriter who made waves with her 2020 viral hit Peng Black Girls. The track gained more notoriety when Jorja smith hoped on the single for a remix performed live on Colors. Enny first got her career up and running when creating freestyles on youtube which led to the release of her debut song ‘he’s not into you’ in 2020. This would later get scouted by Jorja smith and signed to her label FAMM.

With the release of peng black girls, the stars are the limit for Enny. So far, the remixed version has accumulated 14 million views. Since then, Enny has been taking the scene by storm! Her latest singles include the uptempo and vagrant ‘I Want’ and ‘Same Old’. Enny is a trailblazer in her own right! Showing us her lyricism and artist flare, she is becoming a dominating force in the UK Rap scene.

Keeping up with the coolest kids in the industry, A1 X J1!

15-year-old A1 and 17-year-old J1 are the British rapping duo. Their single ‘Latest Trends’ turned the teens into starts overnight! They only released a 15-second clip of the song; however, it went viral. Dominating social media sites like TikTok fans were begging for the full song. Both A1 and J1 brought their unique style to the track, making it a recipe for success. J1 gave showed off his lyrics with his stand out bars whilst A1 gave us the catchy hook! Since coming you only eight months ago, the track has had multiple remixes including with stars Aitch, A Boogie Wit da Hoodie.

A1 X J1 meet on the app house party in 2020 and were working together remotely at the height of the pandemic. Their latest track ‘Baby’ features another emerging star Deno and see’s the dynamic duo showing us their undeniable talent. This pair is proving that age is just a number! With a growing social media presence and support from the UK’s biggest stars including KSI there’s no limit to how far these boys will go. They are legends in the making!