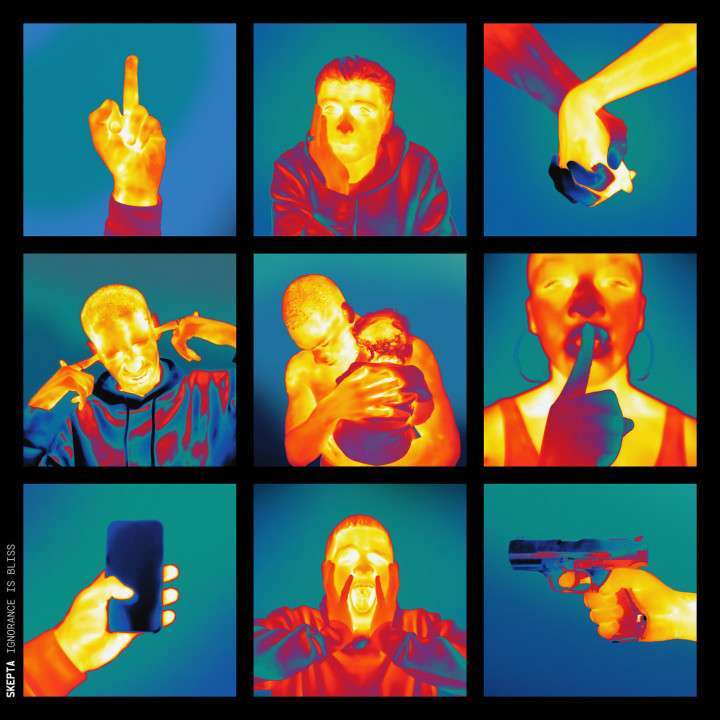 A lot has changed in the three years since Skepta dropped Konnichiwa, the album that brought him to the world. Today however, even as British emceeing reaches new commercial and critical heights, grime once again finds its relevance questioned amidst the rise of younger styles and emcees eager to make their own mark on the world. That sort of pressure can normally break an artist, but leave it to Skepta to overcome this with ease on Ignorance Is Bliss.

Skepta is somewhat inconsistent this album; neither sticking to his roots, nor abandoning grime. Instead, tracks like “Bullet from A Gun”, “Greaze Mode”, “Redrum” and “You Wish” lean into grime’s strangest, more interesting identifiers, like eerie synth lines and pentatonic melodies, merging them to trap. Elsewhere, he performs the same trick on “Love Me”’s 2-step beat to brilliant effect before only just hinting at Afrobeats on the Wizkid featuring “Glow In The Dark”.

Skepta has been somewhat quiet over the last three years, and Ignorance Is Bliss sees him reflecting on wise words from his parents and his distrust of authority to get through the storm that was his elevation to celebrity status. Frankly, this shouldn’t work: a decade after Drake made winging over fame a hot songwriting topic, music fans have all but run out of tears for the trials of the rich and famous. It’s to Skepta’s credit that he hasn’t got caught up in this and stayed true to his roots.