Unity Radio’s 10th Anniversary: The Station’s Best Moments Through The Eyes Of The Presenters 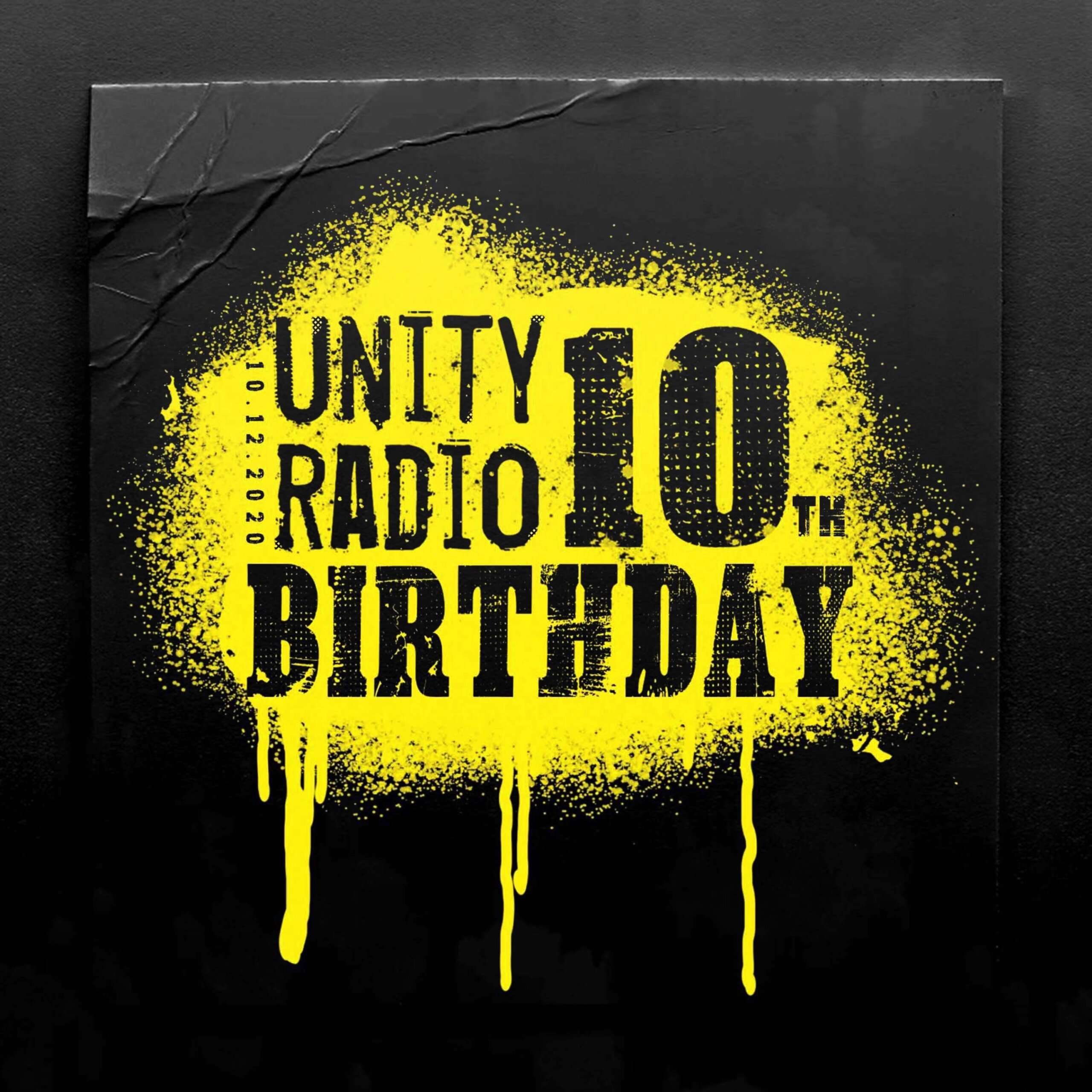 On December 10 Unity Radio celebrated their 10th, official, anniversary. On that date in 2010 they got the FM license and a lot has happened since then. Laura, an intern at Unity Radio, speaks to founder of the station Jon Green, or Greens/Greeny as people at the station call him, and some of the station’s DJ’s about Unity Radio’s story.

BACK IN TIME
‘The first 5 years we were a pirate radio station,’ Jon says, ‘I started doing pirate radio in London, in 1998 and came back to MCR in 2000. We had a couple of broadcasts in 2000 but it was 2001 when we launched the pirate radio station 106fm.’ In 2002 the station got a lot of interest from people. ‘The philosophy that I originally considered was being able to support local artists whose music wasn’t supported in the local shops. Those artists came to the radio station and we gave those artists a voice.’  Around the mid ’90s UK Rap had been imitating American rap and it wasn’t until around 2002 where a distinctly British sound was developed and that is what Jon was interested in. Unity Radio was the first online, urban radio station in Manchester and they applied for the license in 2005.

THIS IS UNITY RADIO
Jon goes on to say how the station evolved and developed since then. ‘We have continued to authentically stay connected with generations of emerging talent, and continued to share hip hop skills across all of the elements with young people in order to make sure they understand the true essence of the culture.’ That is what makes Unity Radio different from other local radio stations. ‘Our identity is street culture before the radio output. The radio output is an important part of it, but the radio output is a part of communicating the activity that is happening. That is certainly different to a lot of media platforms that exist, that compromise the level of integrity because they are shaped by either current affairs or funding initiatives.’

LAUNCH OF THE FM  JOURNEY
Fast forward to December 10, 2010 when Unity Radio was officially launched. ‘We launched it on my mum’s birthday,’, Jon says. Launching it on her birthday was a significant day for Jon because it was a way to make sure the day was always marked because ‘she taught me a lot of the values which exist in the work that we do with young people.’ During the launch 28 MC’s from the city produced an 18 minute long track. In 2014 Unity Radio applied for a DAB license which they got in 2015. Over the years they have worked with a lot of brands. ‘We have launched events and live streams from different places including Ibiza where the station has now started a series of behind the scenes shows called ‘making Ibiza’, by Co-Director Lee Dinsdale.

SWEET MEMORIES
Asking Jon what his favourite memories are, was a difficult question for him to answer. ‘Their are so many good memories.’ The youth projects, the Manchester HipHop Archive-project the station is currently working on. How do presenters see it, what is their favourite memory of their time here? Damo B has had a show at the station since the early days of the station, even before they got their license and went official. ‘I started 10 weeks after I first heard of it, 20 years ago.’ He never thought he would be working at a radio station but he has always been into music and was always fascinated by pirate radio. He has got a couple of favourite memories. ‘Before my first show, I was frightened. [Since then] It has been a pleasurable journey delivering music and quality radio. People that listen to my show started sending me records through the post. It means that they take me seriously, as a proper DJ. That was something that I had always dreamed of.’ He has a House radio show every Friday from 1-3am. 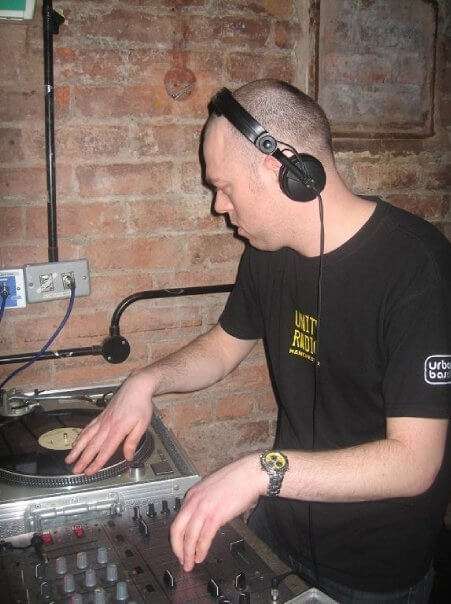 UNITY RADIO’S SOUND
One of Damo’s favourite shows at Unity Radio is the NGY show ‘because of the positivity and the message behind it. We give the youth a voice.’ He also thought ‘it was great that, after years and years, Jon got a [hiphop] show again,’, which he has every Monday, 9-11pm. Maya Dasilva, one of the female presenters that has a weekly show on Thursdays from 1-4pm, has been with the station for a long time as well. Her favourite show on Unity Radio is Whitley and Yaz’ drivetime show. She was listening to it in the car and she ‘really enjoyed their conversation that they were having. They were talking about astrology last week, this was quite fun. Open conversations, I like that.’ Maya started of at the station with a grime show. ‘It was mostly a Manchester based show with interviews and MC’s coming through doing sets.’ She also did a set herself with two DJ’s, DJ Scruloose and DJ Kiffy Kiff, which is one of her favourite memories of her 3 years at the station.

NEW TALENT
DJ Basha, Harry, has only been with the station for 2 years, but he has developed a lot since he started. Together with Eldris, he has a show every Monday in the afternoon and he has his own show every every Saturday evening. He never thought he would be working at a radio station. ‘I just wanted to be a DJ and then when you’re on a radio you can DJ. You can do mixes and stuff and not just all about the speaking and presenting. I incorporated the DJing I did into the radio.’ Eldris, who has worked at Unity Radio a little over 2 years, got Basha into the radio station. ‘I went to college with Eddy [Eldris] and I saw on his Instagram that he was doing Unity Radio and that he had his own show on there and I said ‘’that is pretty sick’’ and then he invited me down.’ Since then it has ‘progressed and advanced,’ and Basha now also has his own show on Saturday called Check1 where artists perform freestyle sets. What they think makes Unity Radio different is that the station is ‘here for the people, the young people especially. We do so much work within the community and we’ve got the best location and station in MCR. We do everything for the audience and it just seems the right way of doing things,’ Eldris says.

FAMILIAR FACE
Dean, better known as Dubzy, is one of the most familiar faces of the stations. He has been involved at Unity Radio for 15 years and has a bi-weekly House show on Friday evening. When he was 18 he saw the station’s MySpace page and sent a message asking if he could come down and do a show. ‘I did a quick show. They said they liked the show and offered me a regular spot. I play House music now, back in the day I used to play Garage and Grime which was a lot more MC-led so I used to bring through a lot of artists.’ Like Basha, he never thought he’d work at a radio station, he just wanted to be a DJ and music producer. ‘But being around the station I saw the opportunities and projects you could get involved with, I was all in, I just wanted to be part of the team,’ Dean says. And he has been a big part of the team, one of the most important people in the team. He is the station’s music manager. He has also been the lead facilitator of the workshops the station has done. ‘We used to go out with the double decker bus and we got on to Moss Side, Fallowfield, Blakely, Whythenshawe for the youth there there weren’t a lot of opportunities and there was a lot of gang activity as well, it was hard for them to stay on track so we teached them how to DJ and do radio projects.’

BACK TO THE FUTURE
Talking about the future, what are Dean’s hopes for the station’s next 10 years? ‘YouTube is going to be the next big thing for us. We want to do content that is just for YouTube and when Covid goes out of the way we can hopefully start doing events. One of the reason the station came about is to promote new music by artists that need it, the next step in that is to put on shows so people can see these artists in person.’ Damo B hopes ‘that the station gets bigger and bigger and that it gets the recognition for the hard work we do.’ Eldris agrees with Damo. ‘We’re on the 3rd floor now, hopefully we will be on the top floor,’, Eldris laughs. Jon wants to get a consistent daytime team with paid salaries. ‘At the moment the station works with the amazing team effort!