This Week On Unity Radio, THE OSJ TakeOver! 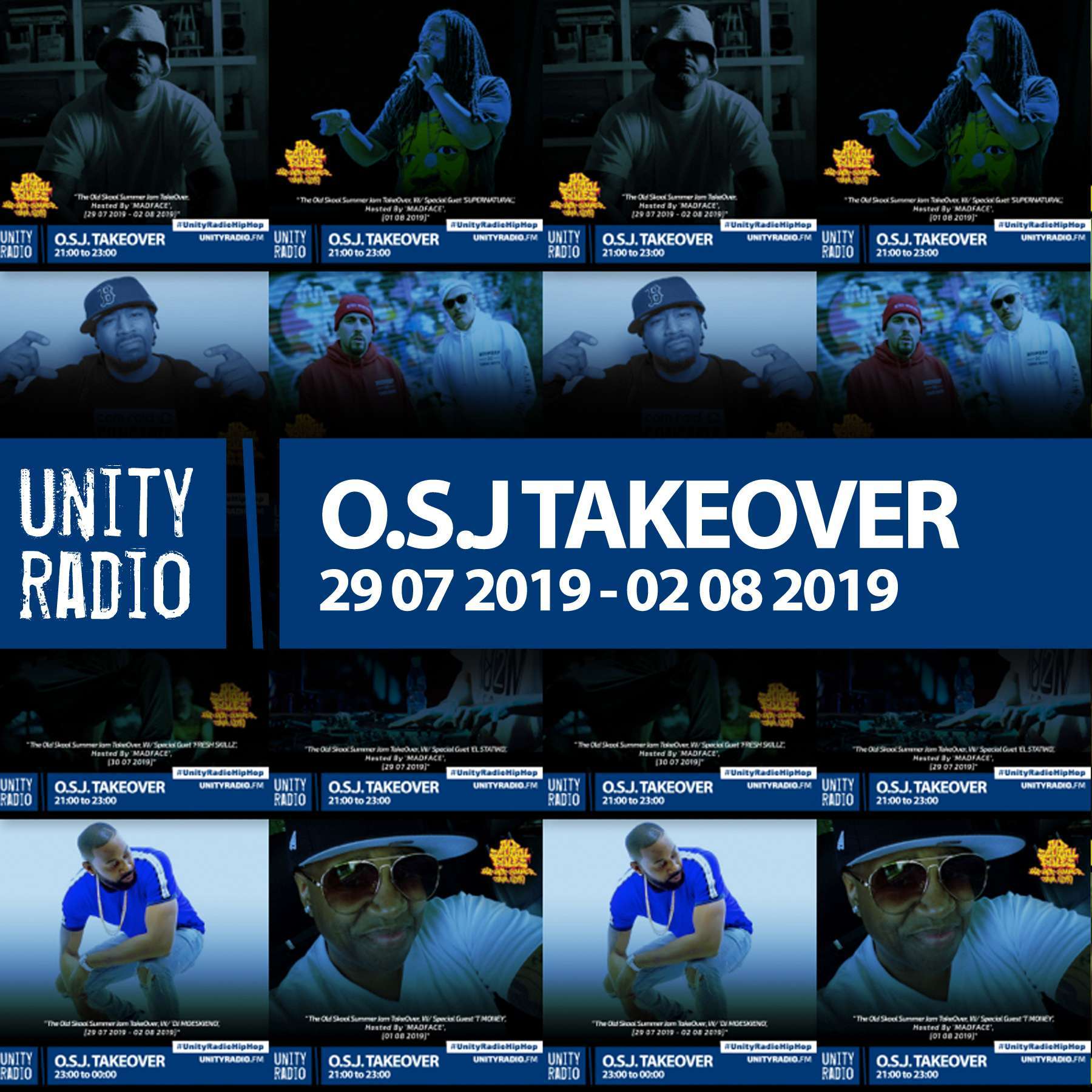 Each evening this week from 9pm, Madface will be joined by special guests
from the Event dropping exclusive mixes, performances and interviews!
Legendary New York Shadyville DJ ‘Moeskieno, will also be finishing up the show each evening with a hour long mix!

Check out who will be joining the show below.
Running Order;

Monday = El Statiko
El Static is a renowned DJ from South Manchester, specialising in Hip Hop and Funk. He has spent the last four years competing in DJ championships such as DMC and IDA (International DJ Association) achieving IDA World Runner Up 2015 and UK Champion 2015/16. Find him on social media here:

Tuesday = Fresh Skillz
Fresh Skillz are a Manchester-based breakdancing group, comprised of talented “bboys and girls.” The group have gained popularity competing internationally, and you can find them on social media here:

Wednesday = Seven Spherez
Seven Spherez are a Hip Hop duo from Manchester consisting of producer ‘Dr.G’ and Emcee ‘Ghost One.’ Over the last 5 years they have established themselves as key players in the Hip Hop community, being recognised via major blogs, stations and websites affiliated with ’50 Cent’ and ‘Wu Tang Clan.’ Find them on social media here:

Thursday = Supernatural
Supernatural (aka MC Supernatural) is a rapper known for his skills in freestyling. Hailing from Indiana, “Supernat” moved to NYC and soon became a New Yorker. Through the years, he became a legend in the realm of freestyle emcee battles. Find him on social media here:

Twitter: www.twitter.com/TheRealSuperNat
Instagram: www.instagram.com/mcsupernatural
Thursday = T Money
Tyrone “T Money” Kelsie made his mark on the hip hop scene first as T Money, one of the leading pioneers in rap music, with the group Original Concept. T Money has worked with some huge names in the industry, including Doctor Dré, Queen Latifah and  Tupac Shakur. Find him on social media here:
Twitter: www.twitter.com/worksTM
Instagram: www.instagram.com/t450_

Friday = ED OG
Edo introduced himself to the world as a unique MC; one able to deliver both sharp social commentary and reality-based raps, with slick rhymes and wit to spare. Having collaborated with legends like DJ Premier, Pete Rock and Masta Ace over a two-decade career, his status in the game is undisputed. Find him on social media here: