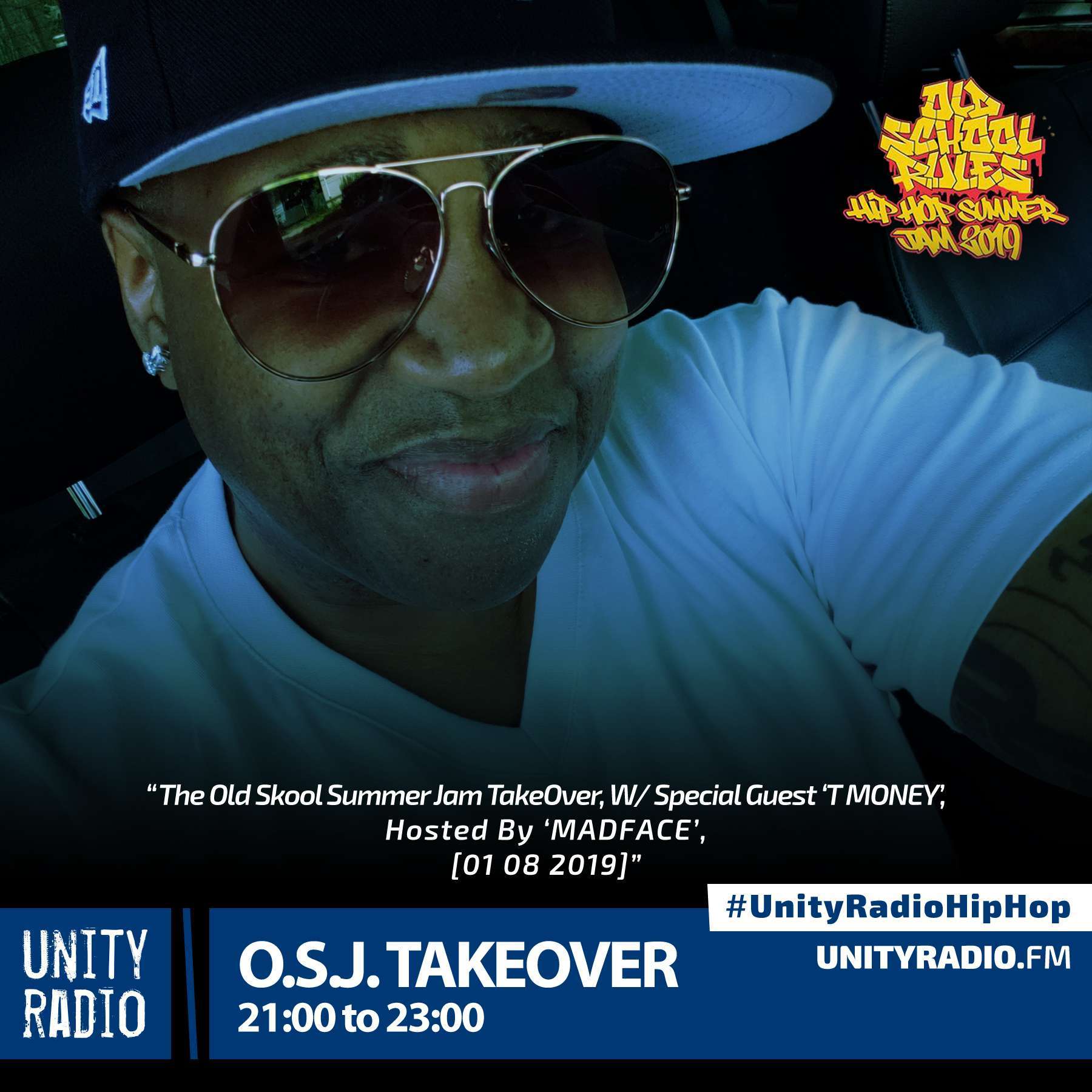 As part of the OSJ Takeover at Unity Radio, Madface held an interview with hip-hop artist and entrepreneur, Tyrone “T Money” Kelsie.

The first hip hop album T Money fell in love with was Run-D.M.C.’s self titled, debut album – “RUN-D.M.C.”. Their success inspired T Money to create a name for himself whilst, at the time, he was running a college radio station alongside his friend and fellow hip-hop artist, Doctor Dre.

Rappers that T Money aspires to collaborate with include KRS-One, DMX and Jadakiss, whilst he has already worked with some huge artists, such as Queen Latifah and Tupac. Some of his career highlights include working on “Yo! MTV Raps” in the 90s, and being one of the first five artists signed to Def Jam records, as part of Original Concept.

T Money advises aspiring artists to understand the business side of the music industry, and to “focus on what you know best,” rather than “running around chasing dreams.”

T Money now runs his own company, T450 Style & Launch, and is working with several companies on improving their brand positioning through promotion, management and marketing.

You can learn more about T Money on his website: https://we-r-t450.com/