Back in July, Manchester International Festival teamed up with Unity Radio & Manchester Hip Hop Archive to showcase the present and future of Hip Hop in a one-night festival that brought together both pioneers and emerging acts from across the city.

Music Journalist graduate and MHHA volunteer, Jack Meredith was there to cover this event. Read his review below.

As the thick, all-consuming smog of the COVID-19 pandemic seems to be slowly clearing, Manchester International Festival has gave us Mancunians a first sight of normality, even before the long-awaited date of July 19th, when all restrictions were lifted. MIF, in partnership with Unity Radio and the Manchester Hip Hop Archive, hosted Rooted in Rhyme; an exhibition of some of the most exciting Hip Hop and R&B potential from around the city, as well as DJ sets from Manchester legend DJ Semtex and Unity Radio regulars DJ G-A-Z and DJ Basha.

Victoria Jane was the opening act and was one of the highlights of the night, this was my first time hearing her stuff and I was blown away by the quality of her material. Her technical vocal ability littered the pockets of the bouncy trap beats she sung over, she almost sounded like a Mancunian Jorja Smith in some instances. She flowed effortlessly over a wide array of different production; from trap, to R&B and even venturing into a more pop-influenced dance sound, all while displaying incredible versatility in her vocal styles and delivery. 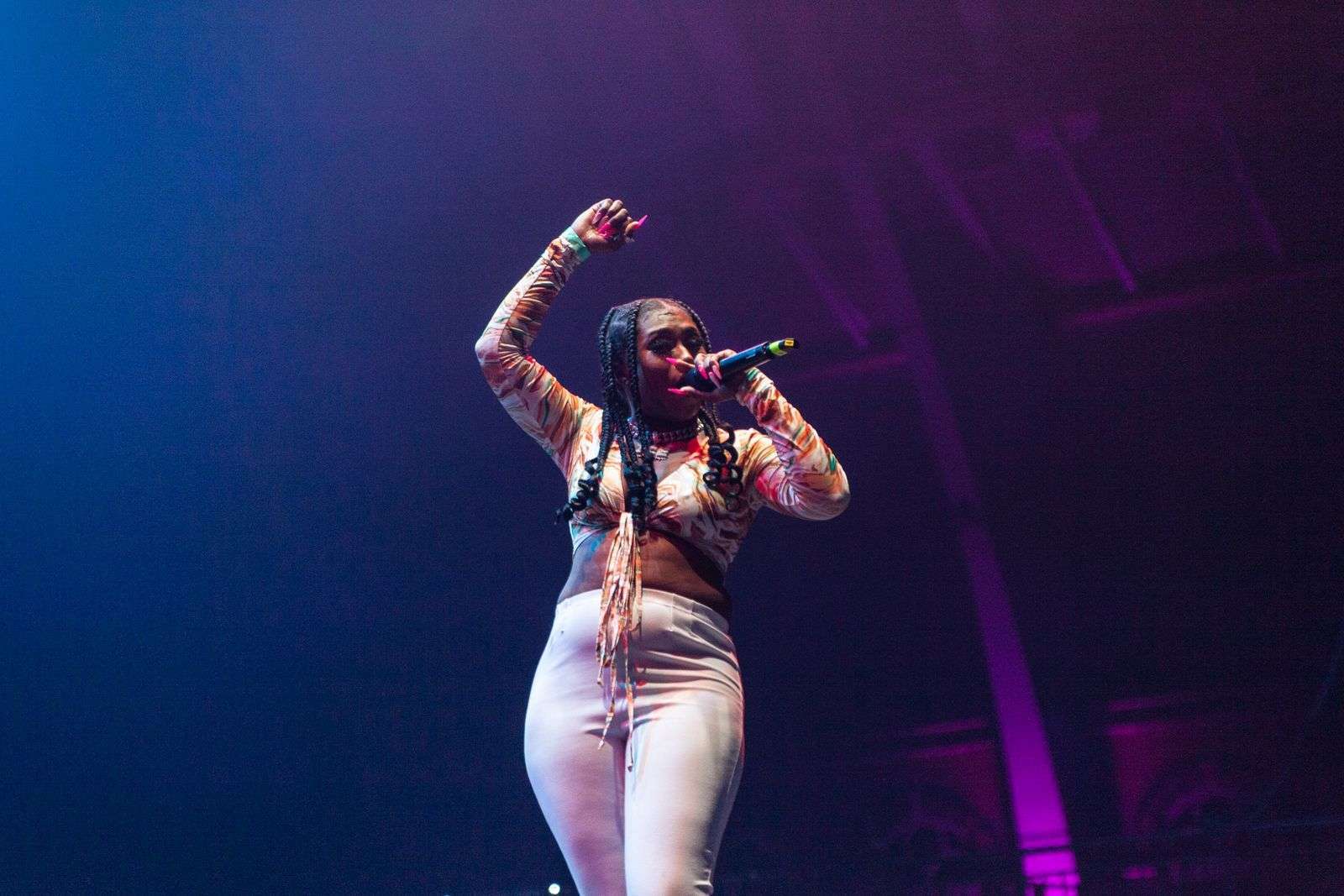 From start to finish energy was high from all who performed, expectedly so given this will have been the first time performing in a long time all involved. Lady Ice deserves a special mention in this regard, she took the opportunity by the scruff of the neck and got the crowd involved in every way possible; from her punchy performance to her overall stage presence and connection with the crowd. Aside from the incredible stage presence, Lady Ice’s exclusive performance of her song/freestyle “No More Secrets” which she explained how she wrote over lockdown. A powerfully emotive rap tune that showed a different side to Lady Ice’s persona and lyrical style and delivery. It’s safe to say the two female artists on show killed it! 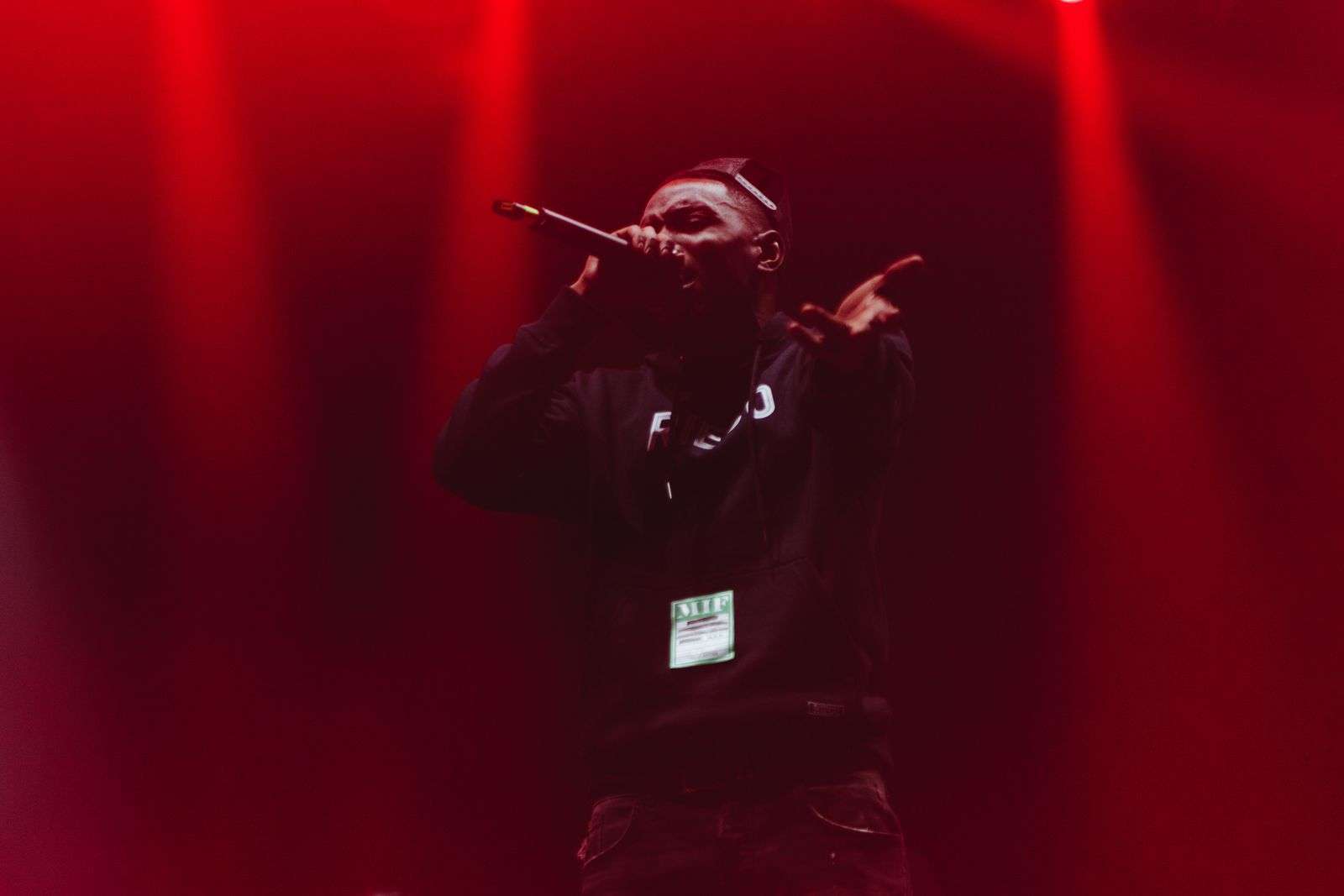 Rago Loco produced some of my favourite lyricism of the night, his style blurs the lines between conscious and hood rap. Introspective bars and social commentary are key elements of his performance, masterfully weaving it into gritty punchlines and hooks to arrive at rap music that is both conscious and message driven but also hot and catchy. It is unique sound and something he displayed extremely well on the night, his performance of his 2020 single KrissKross was a high point of the night.

SVMI was a name on the line up I was excited to see, given the noise he’s been making in recent times with his unmistakably wavy sonic profile. SVMI, who first made his name in the industry as a videographer to some of the biggest names in the Manchester Hip Hop and Rap scenes, didn’t disappoint. His incredibly catchy hooks make for easy to vibe to music for anyone involved, from any vantage point on Hip Hop.

One of the most impressive things about this set however, was SVMI introducing the audience to three other MC’s, the most notable of which was P1Caps, who displayed a solid arsenal of rap skill with his cameo, I’d go as far to say he had the best verse of the night. Aside from the music though, it was great to see SVMI give such a platform to other MC’s from the area. 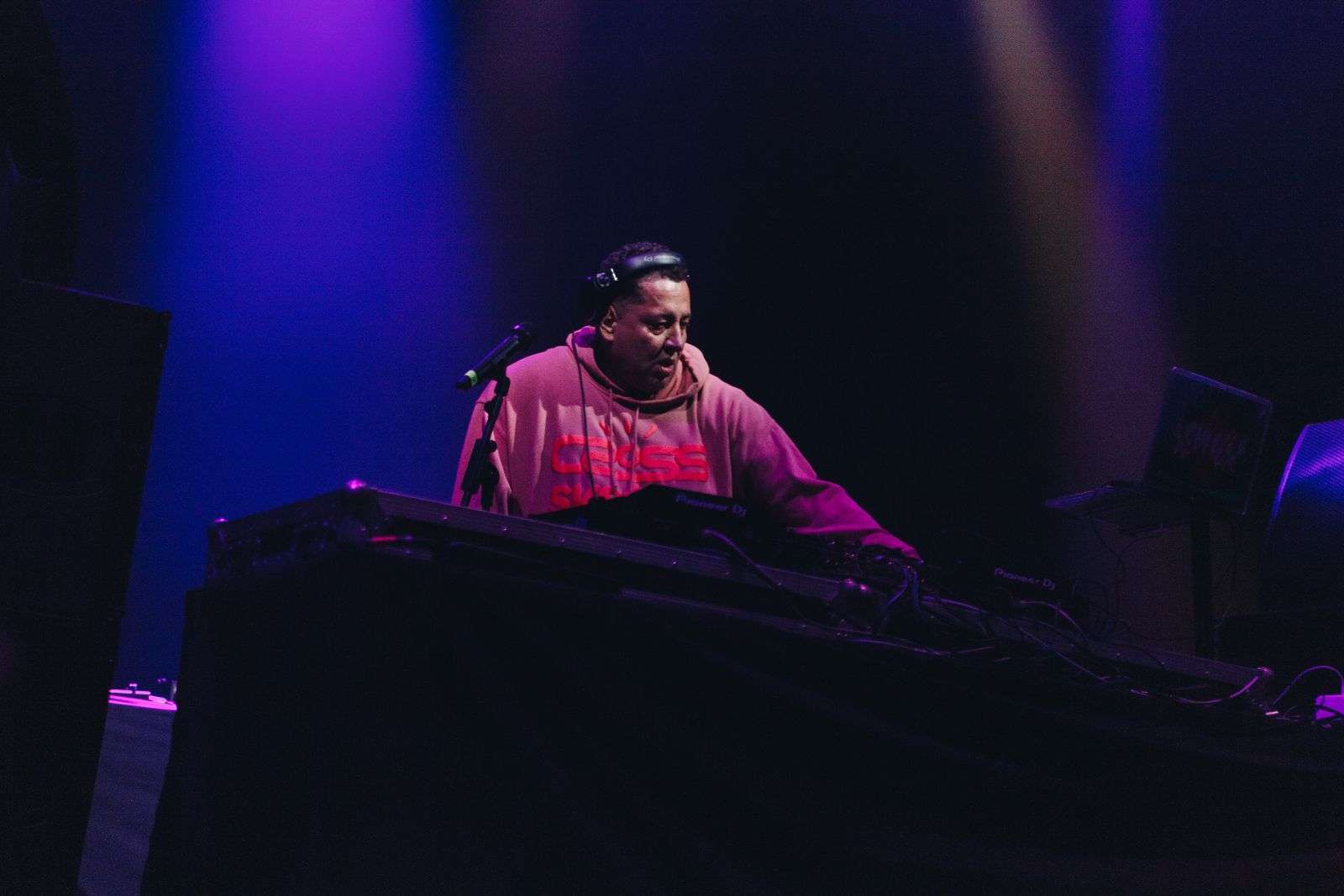 It epitomises what Manchester is all about, community – something
Manchester International Festival and Unity Radio reinforced strongly with Rooted in Rhyme.