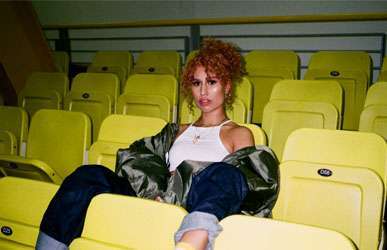 UK grime stalwart Lethal Bizzle has returned with what seems like a huge summer smash in “Fester Skank”.

Following on from last years ‘Rari Workout’ and ‘The Drop, both of which charted highly. Uncle Fester is to be Lethal’s first release on Virgin EMI after signing with the label back in January.

Lethal is now a bona fide legend after exploding onto the scene back in 2003 with his More Fire Crew. Now 3 solo albums deep and more than 20 singles to his name, Lethal, real name Maxwell Ansah, doesn’t seem to be slowing down anytime soon, especially with his ever expanding #DENCH empire.

Inspired by the moves on The Adams Family’s Uncle Fester. Lethal, with some help from Diztortion on production, has crafted an infectious slice of carnival fun with its addictive beat and although probably not Lethal’s best lyrics, the simple lyricism allows the beat to take center stage.

Oh, and if you’ve checked out the video and think you’ve got your own Fester Skank on point, Lethal is running a competition over at festerskank.com.