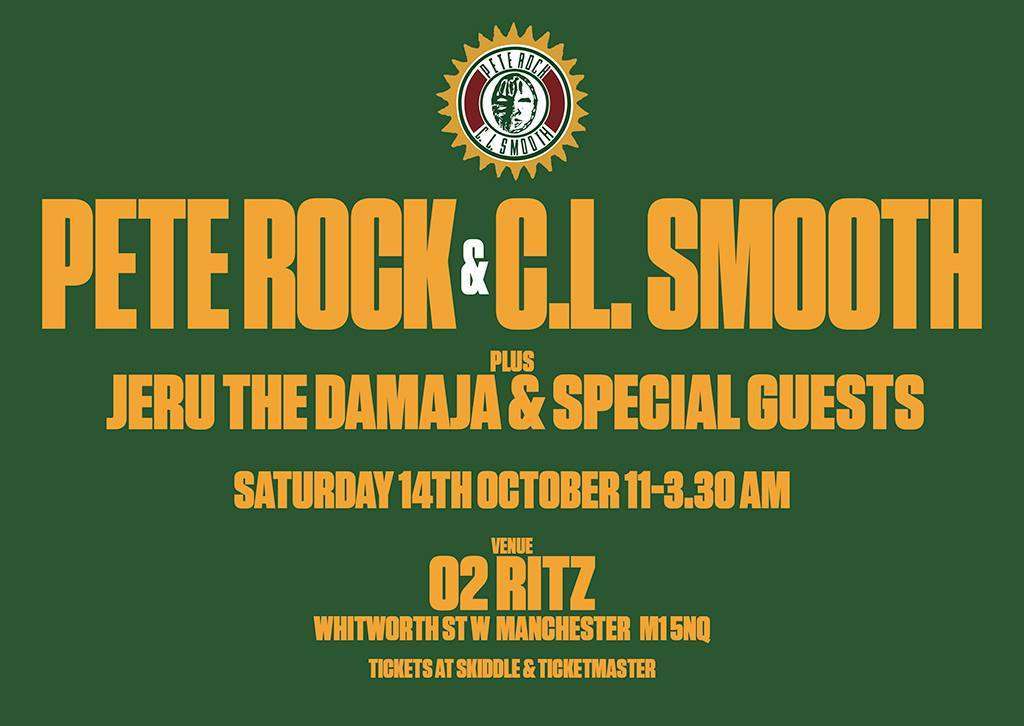 Pete Rock & CL Smooth are a hip-hop duo from New York. They made their debut with their 1991 EP, All Souled Outand followed with 1992’s Mecca and the Soul Brother LP. The duo are recognized amongst the greatest Hip Hop pioneers of all time. See them LIVE at the Manchester O2 Ritz alongside Jeru ! Click for Tickets HERE

Jeru the Damaja is an American rapper best known for his 1994 debut album, The Sun Rises in the East, ranked as one of the 100 greatest hip-hop albums of all time. He has worked extensively with Guru and DJ Premier of Gang Starr, whom he has known since he was in high school