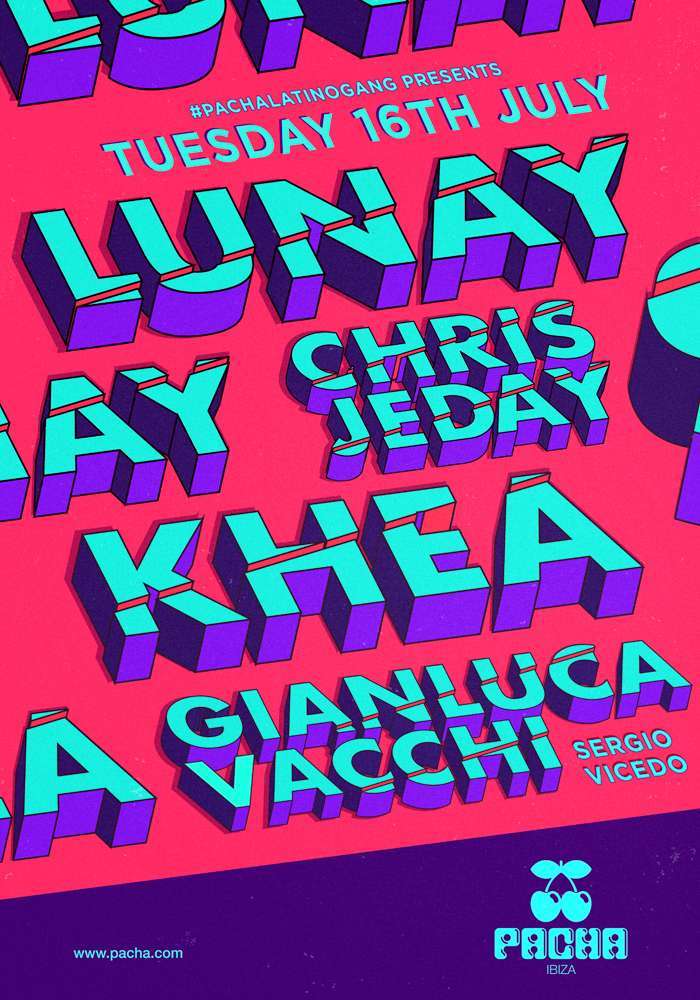 At the top of their game, The Latino Gang continue their series as we welcome another array of high stature artists to the Pacha Red cherries on 16th July.

At the head of the new reggaeton generation, Lunay has managed to open a new gap in the music industry at the ripe age of 18, achieving great success as the new face of reggaeton. Lunay, one of the figures with more potential of the new generation of singers of urban genre, will visit us this summer in Pacha.

Under the rhythm of Khea, he promises to bring a unique style of Argentine trap to the island. As one of the great agitators of the scene, he has recently established his presence on the international festival circuit with gigs at the likes of Belgium’s Tomorrowland and Dale Fuego in California, USA.

Another of the great world figures of reggaeton is undoubtedly, Chris Jeday, nominated as one of the best producers of Latin Billboard in 2018, has become a phenomenon of Latin urban sounds.

And the legendary Gianluca Vacchi returns to Pacha for the second time this summer. The rising star in the music scene will make the dance floor move to the rhythm of his eclectic sound with influences of both reggaeton and electronic music.