Manchester’s Red Eye Hifi finally deliver their debut album “Overproof” and what an intoxicating brew it is. 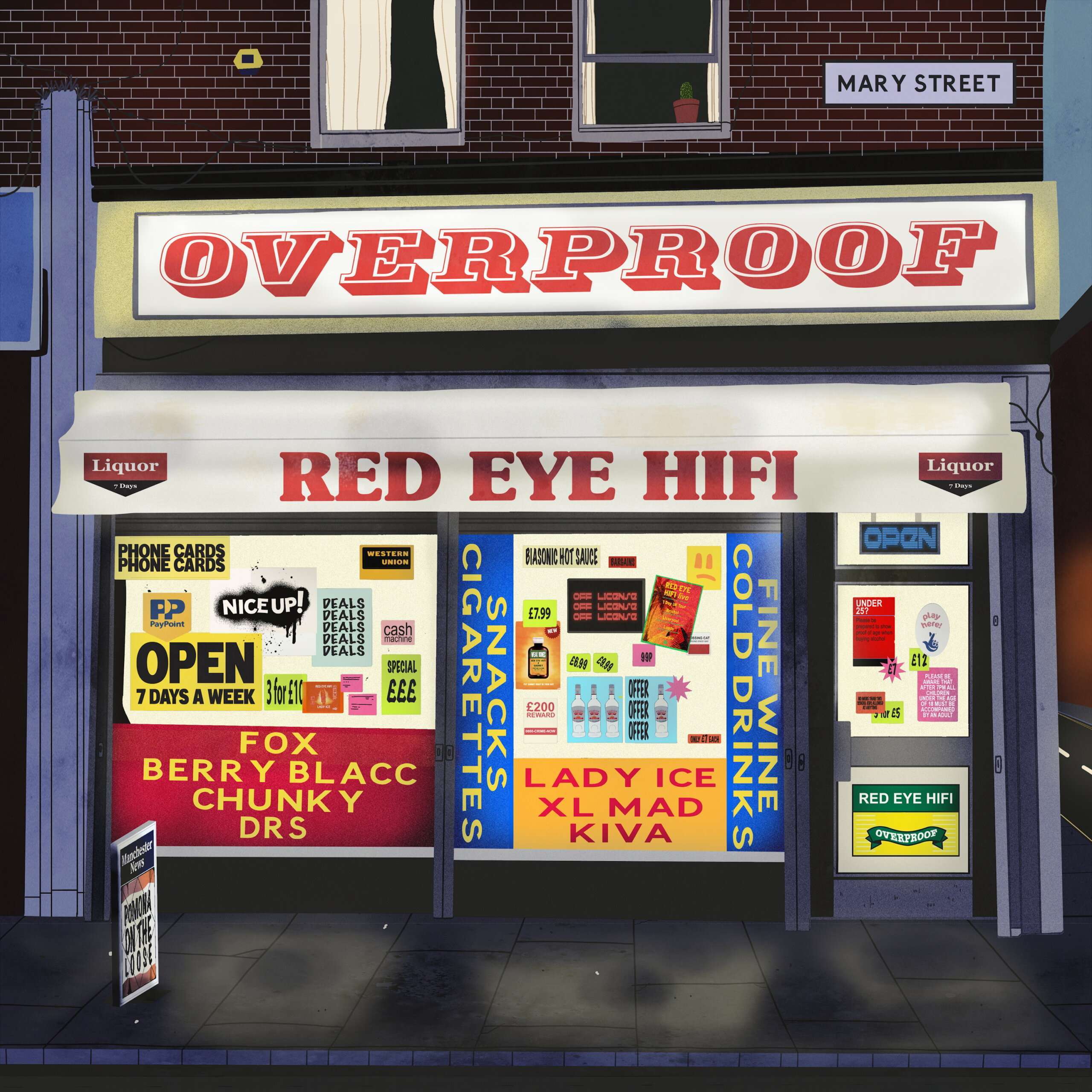 Manchester’s Red Eye Hifi finally deliver their debut album “Overproof” and what an intoxicating brew it is. Fermented over the last couple of years, it is a reflection of the producer’s international travels to Trinidad, New York and Italy during a summer of backpacking, working and DJing. Taking in soca, dancehall and club sounds from around the world, whilst also keeping true to his home city’s rich musical history, drawing on house, garage, grime and hip hop, the album is a potent journey through the murky backwaters of Manchester’s music scene.

Guests vocalists come thick and fast, providing the perfect tonic for the inebriating potation of production, such as Red Eye’s mentor and long time collaborator MC Fox, who brings his unmistakable flow and omnipresent class to the record, underpinning the album throughout like a heavy rum in the punch bowl. On club smasher “Charge Up” he is joined by Berry Blacc whose versatile & skillful lyrism can also be heard on album opener “Serious”. The dancehall and bashment inspirations bubble up on the massive “Kung Fu” featuring BBC’s UK Rap Game finalist Lady Ice and “Balance It” with Italian/Puerto Rican don XL Mad, both of whom bring the heat to their respective contributions, swilling down current UK club sounds with dashes of Afrobeats & Baile funk. “Weak Bones”, featuring Manny royalty and member of rowdy party starters LEVELZ, Chunky drives this point home even more, delivering a killer vocal atop a grime and kuduro style riddim whilst giving some nutritional advice to weak MCs – served up in his own inimitable style.

Taking things down a notch, Chunks also appears on the more reflective “I’m Good” alongside Berry Blacc once more, whilst Manc Godfather DRS goes deep on the brooding “Demons”, showing that this is not only an album for the dancefloor, but also delves deeper with some real head nodders. With a couple of instrumental numbers thrown into the pot, the album is finished by another speaker buster “All In” with Fox and the more chilled “Storm” featuring a combination with the fresh prince of Hulme (and previous collaborator on the huge “Badmind Behaviour”) Kiva.

After 8 years in the game, from club night and promoter, to soundsystem , DJ and producer, this is an album of collaboration and combination; a heady cocktail exploring the different corners of the rainy city whilst reaching out around the world and reflecting Red Eye Hifi’s ever moving and changing place in the city. Like the much loved Northern powerhouse,

synonymous with music and all night revelry – the album tries to capture the essence of a typical night out and bottle it for your enjoyment. Just try to consume it responsibly!