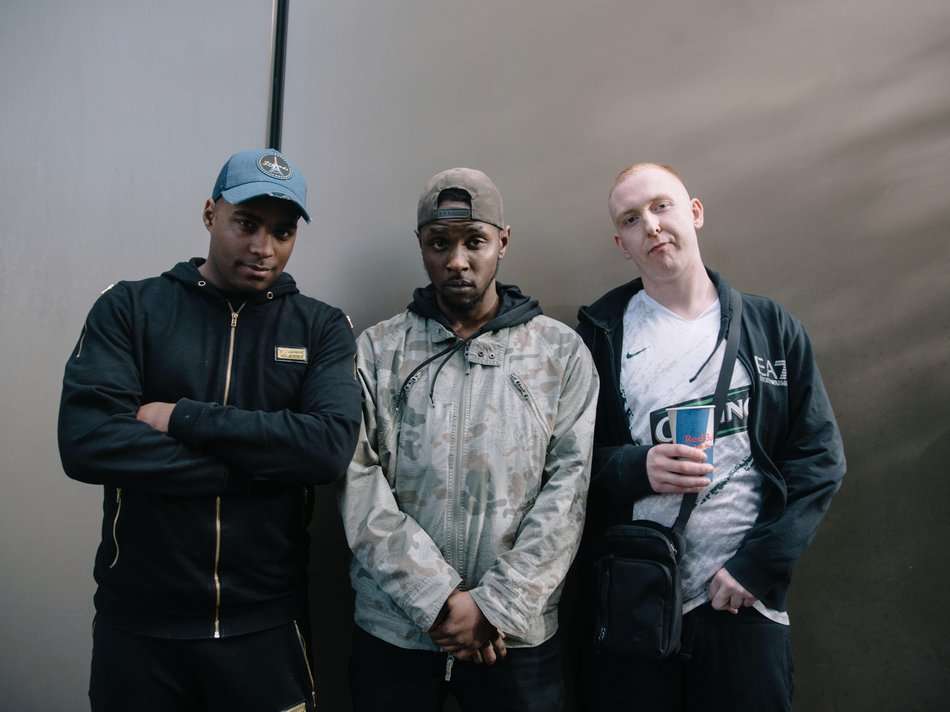 8 teams were in the running for the this years Grime-A-Side competition but only one could be crowned champions.

After beating Glasgow in the Quarters and leaving Bristol in their wake in the Semi’s, the Manchester trio (Fiascoo XP & Ragoloco) made their way to the Finals of Red Bull’s Grime-A-Side to clash Birmingham’s team (Tantskii Sox & FireDon)in a battle for the title.

Fiascoo the 0161 team captain came out firing at Sox straight out the starting blocks  to set the tempo of the clash with Birmingham’s team captain Tanskii replying in his aggressive flow to even things up.

Birmingham put up a good fight but Manny seemed to run away with the lead and you could see on some of the Brum town MC’s faces that some of the bars were getting to them.

After everyone had finished their two verses it was put up to a public vote and in the end Manchester came out on top, claiming the Grim-A-Side 2017 trophy with 59.8%. XP was also voted as Man of the Match.

& watch all the matches from the 2017 competition HERE