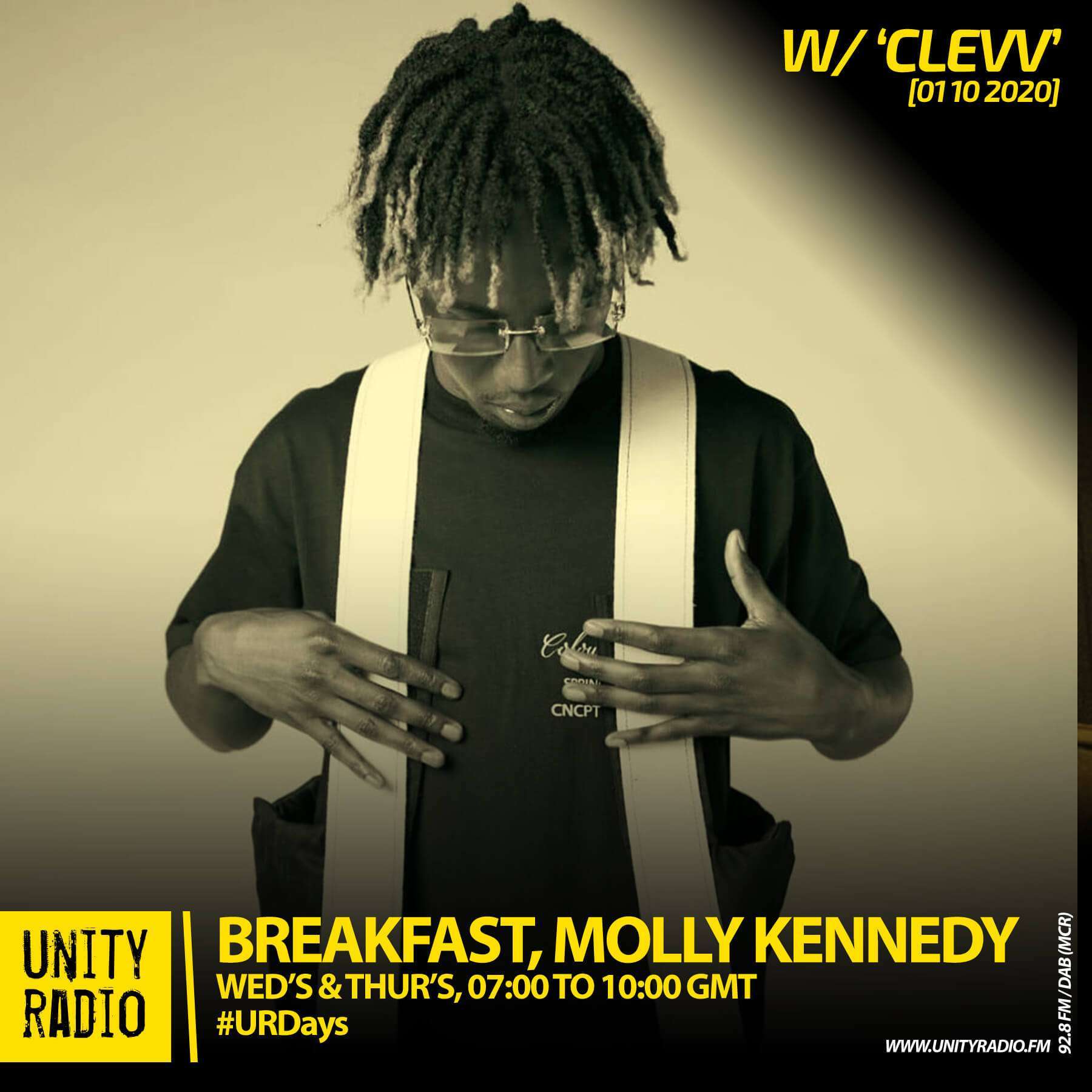 Manchester artist Clevv joined Molly Kennedy on the breakfast show to talk about and promote his latest release ‘Be Alright’. The track is one of the five songs of his new album ‘Dripression’ which he dropped on October 3.

My first project “Dripression” is out now! All streaming platforms, go check it out.. https://t.co/plyc8Ut7PT pic.twitter.com/yHvozZ7oeZ

‘I have been doing music for two years now and I got friends in the music industry. I just started going to the studio with my friends just to chill,’, he tells Molly. ‘They were like just jump on the mic. First it was just like a little mess about. I was just making a few tracks and then I made ‘Coupe’ and then took it from there really that is when I really thought I could do music.’

Clevv also talks about his 2-year-old son. ‘Now I am rapping about stuff that is actually going on. I always bring my son in every song because obviously he is my motivation, I got to get him involved.’ His latest drop ‘Be Alright’ is made for his son but mostly for his grandfather. ‘I made that the day after he went to hospital. It was like when everything was going on like the Covid, so it’s just a big message to everyone in general like just be patient everything is gonna be alright in a way. ‘

Check out the full interview here: