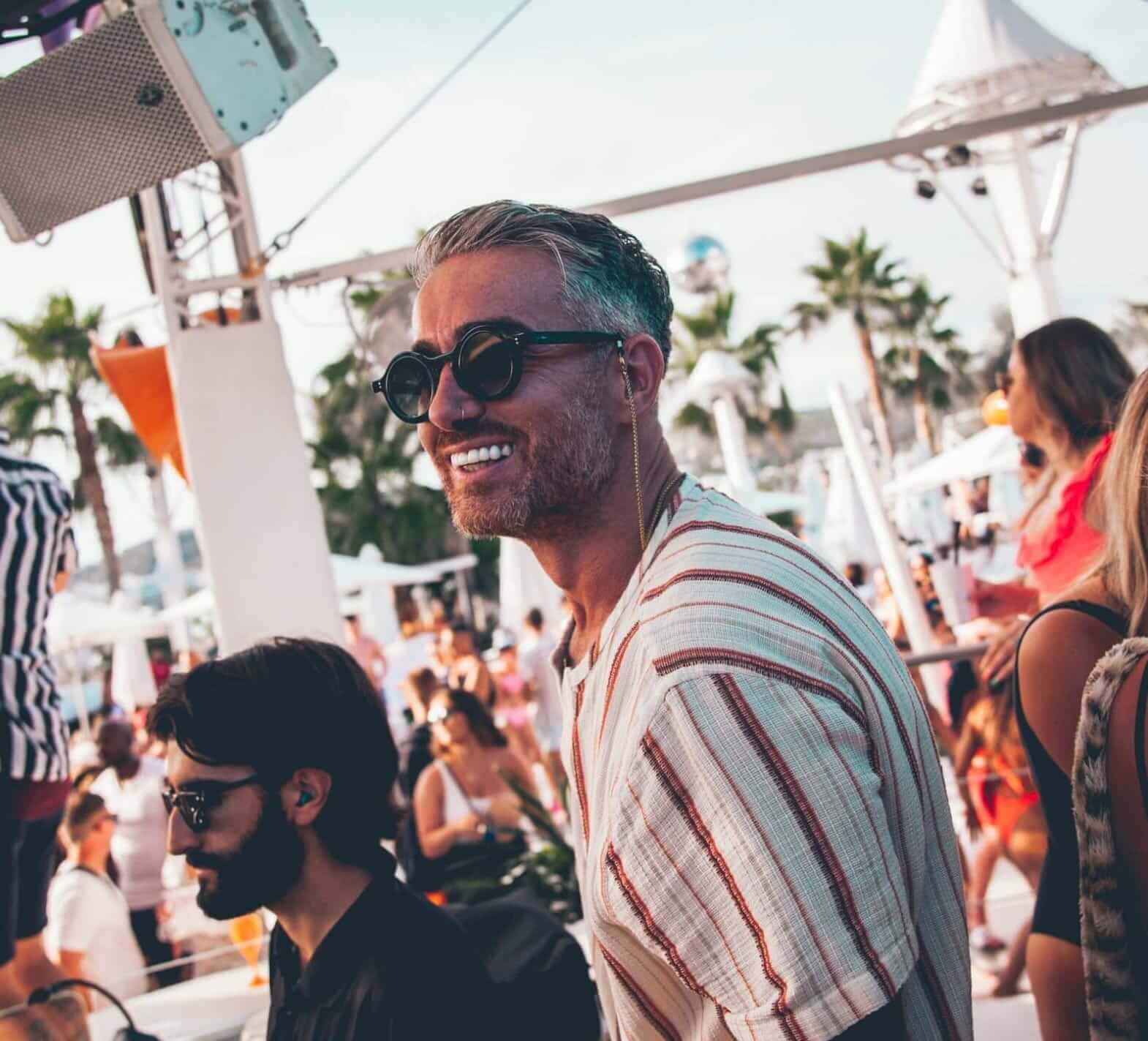 Kai Cant: Ibiza Club Promoter talks to Unity Radio for the Making Ibiza Series about his time in Military prison, life in Ibiza and how to get involved in charity work in Uganda

Diagnosed with ADHD and Dyslexia

Lee: I think it’s always good at this part of the show just as we set the scene to cast your mind back to when you were 16, 17, and 18 so every young person listening can kind of resonate.  What were you doing then?

Kai: I wasn’t in school.  I had an absolute disaster of an education.  I didn’t know until I joined the army that I was dyslexic until I was diagnosed with dyslexia and ADHD.  I was kicked out of school at a very young age.  I hated education and I felt like I had no choice.  I came from a military town, Dover and the barracks was right next to my house so as a kid I was kind of destined to join the army.  I joined the army at 16 and spent 5 years in the military.  Two of it in military prison.  I ended up in Ibiza when I was 19 on holiday with a load of squaddies.  I ended up staying in Ibiza and missing my flight back to the UK.  I didn’t get on the plane to Bosnia with the regiment.  I spent a year out here doing things I shouldn’t have been doing.  The military police flew out to Ibiza, found me and chased me around Ibiza for a couple of days.  They didn’t catch me – I did get caught eventually when I was flying back into the UK.  I ended up doing a couple of years in a military prison in Colchester which is called The Military Correction Training centre.  It’s quite a harsh prison and I ended up doing a couple of years in there and they discharged me but the minute I left the army I was straight back in Ibiza.  I ended up getting a job as a holiday rep in a resort which was amazing so it went from being in the army to instantly becoming a holiday rep which is quite a crazy transition.  I think that’s when I kind of got the buzz for doing events and you know working in resorts and having that routine of waking up in the sun and working six, seven days a week.  So I was a nightmare teenager but I suppose looking back at it now it was all kind of meant to be.

Lee: Looking back on that time anything you learned specifically?

Kai: No not really!  I sometimes think I wish I’d got an education and I wish I’d have stayed in school but looking at the education system now and you know people are conditioned into, you have to go to school, you have to go to college, and you have to go to uni.  If you don’t go to uni you won’t be successful and i think if that hadn’t have happened to me back then I definitely wouldn’t have been in the position I am now.  I’ve had to learn the hard way and kind of find my own feet really in life.  All the success I’ve got now is probably from you know, learning the hard way I suppose.

What’s the best advice you can give a teenager?

Lee: I just want to wrap up the show and firstly kai thank you very much and congratulations on your success so far.  Tell us your top tips or advice and for young people you’ve had you’ve had a story, you’ve had the journey.  What would you say when you look back to 16, 17 to where you are now?

Kai: I would say enjoy your 20s party hard.  If I could change anything now I would have stopped the party in probably my mid-20s and looked at spending the money I used to waste every weekend on investing it.  Looking at whether it’s saving for deposits for properties and things because the future’s looking pretty grim you know, we’re not going to lie with everything that’s going on.  I think if you’ve got no money going into the future, because most of the kids now haven’t got savings, haven’t got pensions so they’re not even thinking about this.  Our parents will have pensions and savings.  So party hard mid-20s maybe start thinking about tucking some of that money away and look at investing it or getting financial advice from the bank.  In your thirties if you’re growing a portfolio and businesses, because it’s possible for anyone and you know I’ve proved it.

Lee:  okay great advice there.  Party hard but then actually get your head on the game and we’ll work hard, play hard actually after a while.  Finally, as we’re finishing up we’ve not talked about Ibiza yet but for those who’ve not been to the island describe the island.  Also, what is it that made you decide to live here as well?

Kai:  I worked here 20 years ago; I worked here when I was AWOL from the army.  I came back here several times on holiday.  It’s a little island in the middle of the meds.  It’s a party capital with a world it’s a club in mecca.  It’s got everything you want from an island.  Whether you want to party whether you want to relax, or whether you want to go on retreats.  It has an amazing education system and amazing benefits of being a resident.  It’s everything – it’s just beautiful.  It’s the most beautiful island in the world.  Its two hours from the UK and it’s got so much to offer me.

What is Ibiza most famous for?

Lee: Okay just to wrap up then the show is called the Making Ibiza Series, well this part of the show, the Logros Show…  In your opinion what is the one thing that makes Ibiza for you?

Lee: Diversity under one roof!  Great okay thank you very much for joining us today.  I wish you all the success for the future.

[/vc_column_text][vc_column_text]Making Ibiza is a series of Live FM radio shows broadcast from different locations in Ibiza with people who work in Ibiza from the world of Business, Culture and Wellbeing. 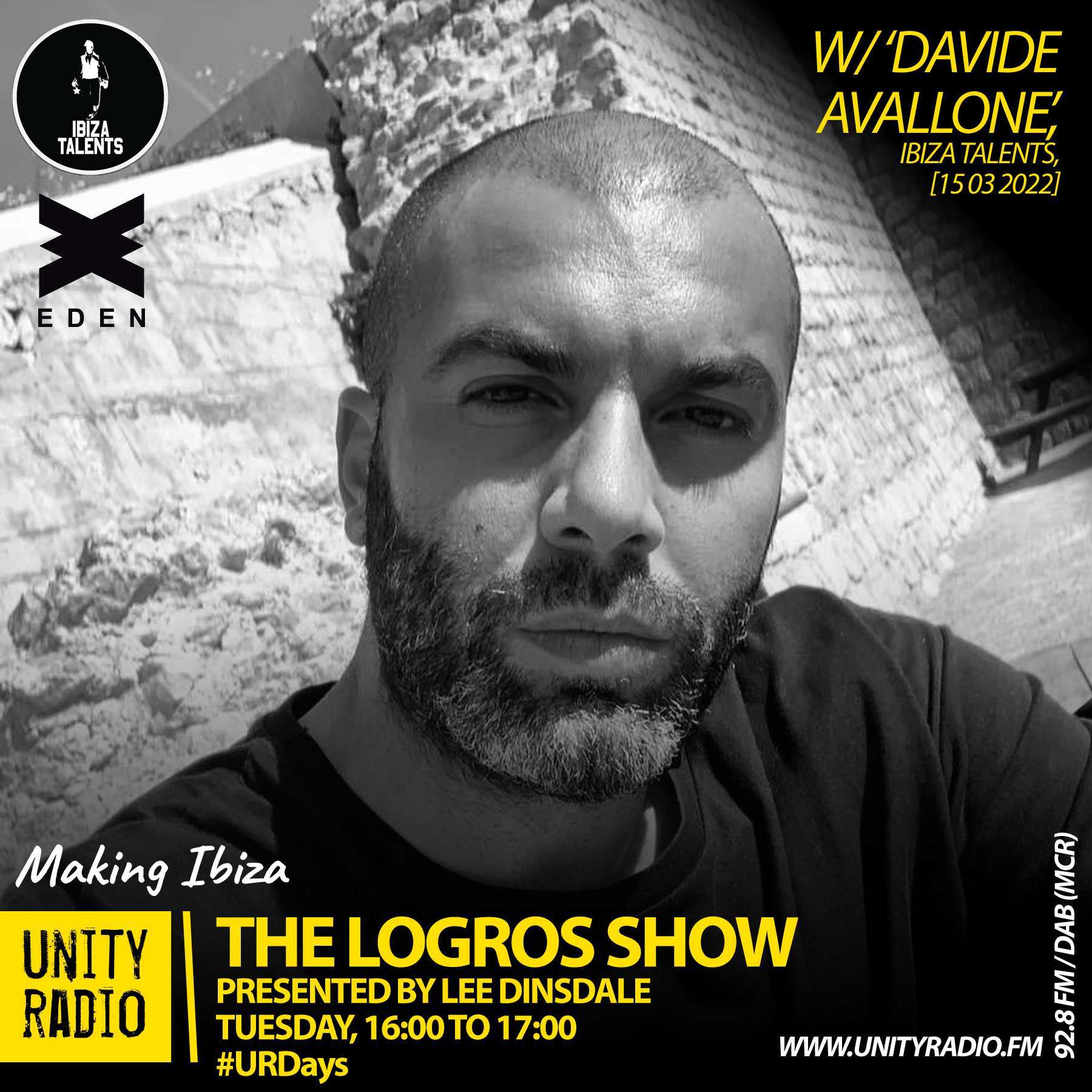 Davide Avallone talks Ibiza Talents, How To Be A Good DJ and Summer Surprises! 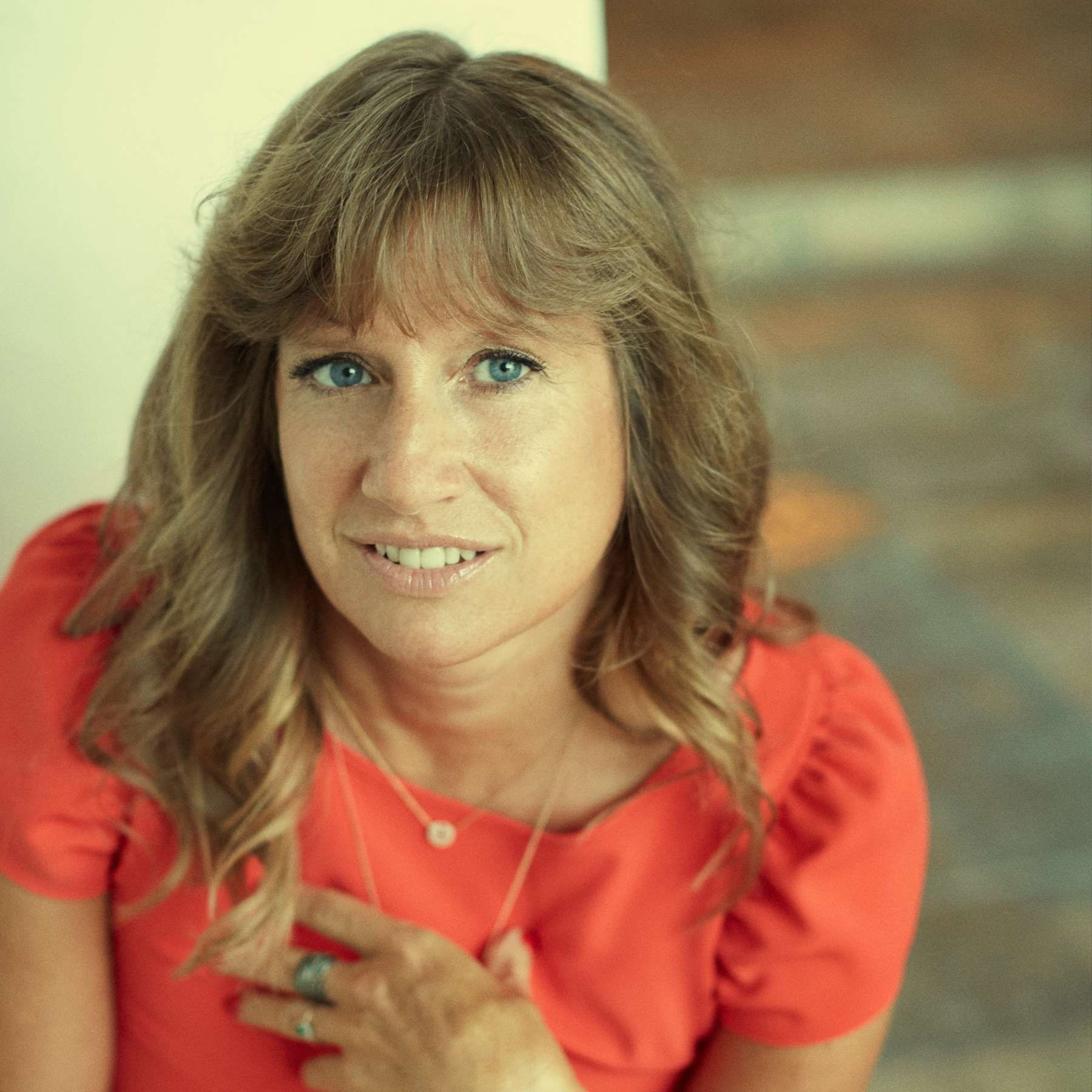 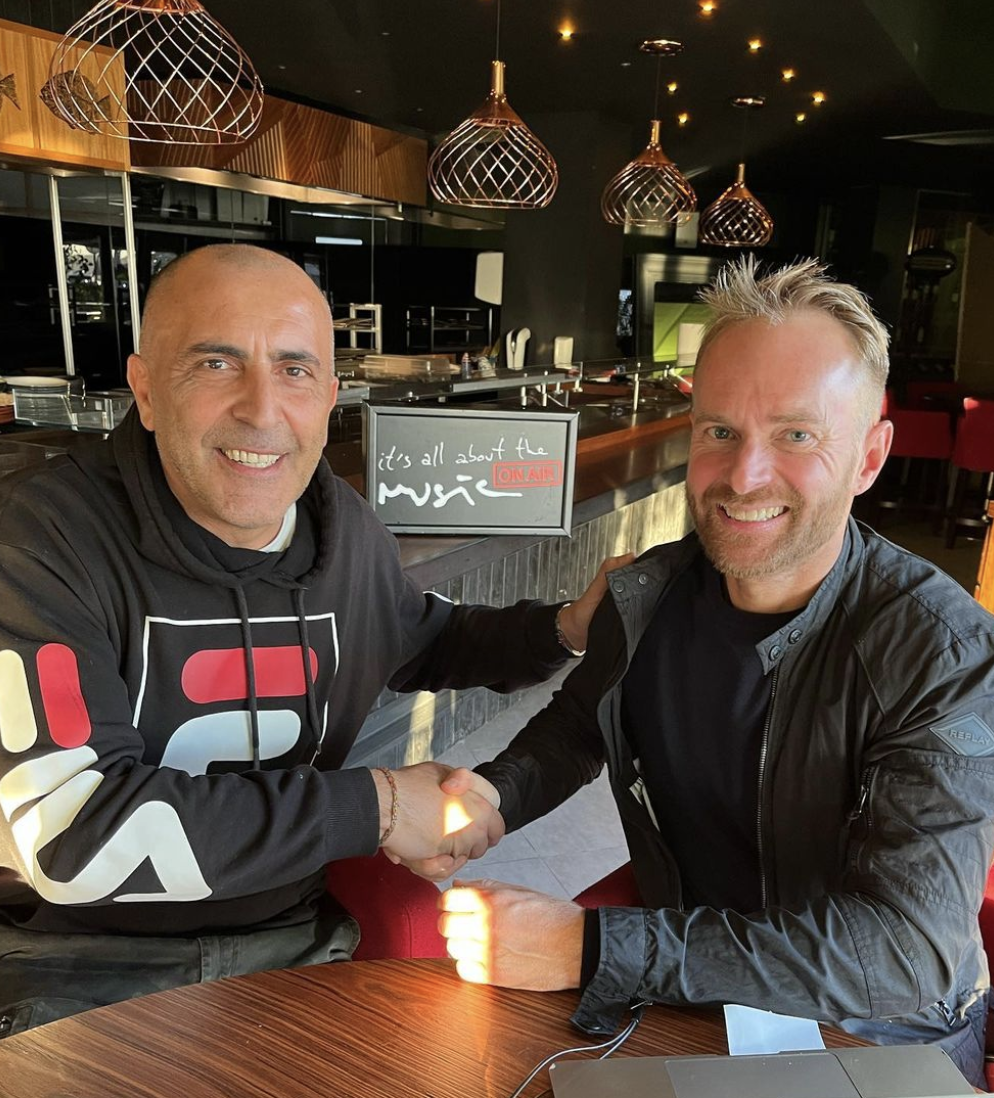 Ernesto Senatore: How to get hired as a DJ in Ibiza – All About the Music 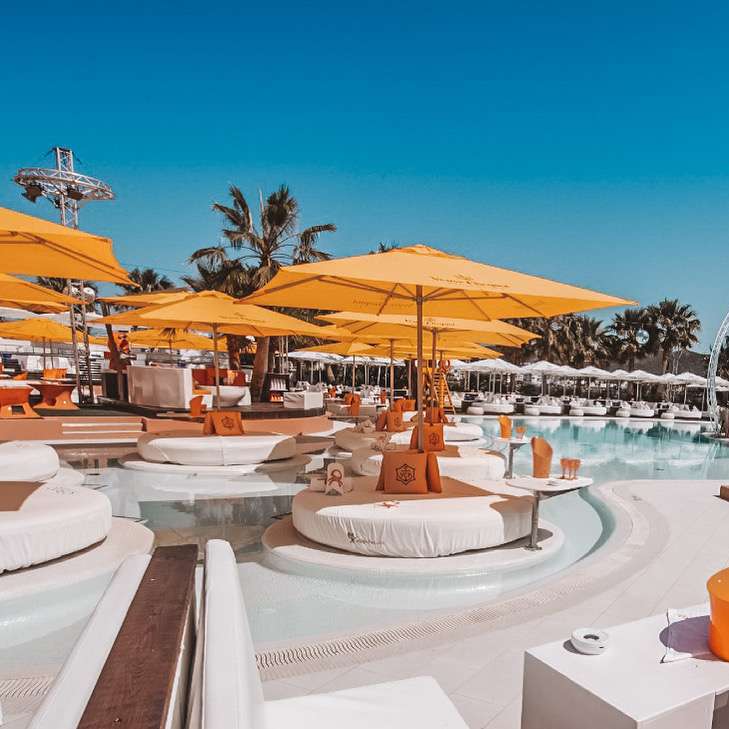 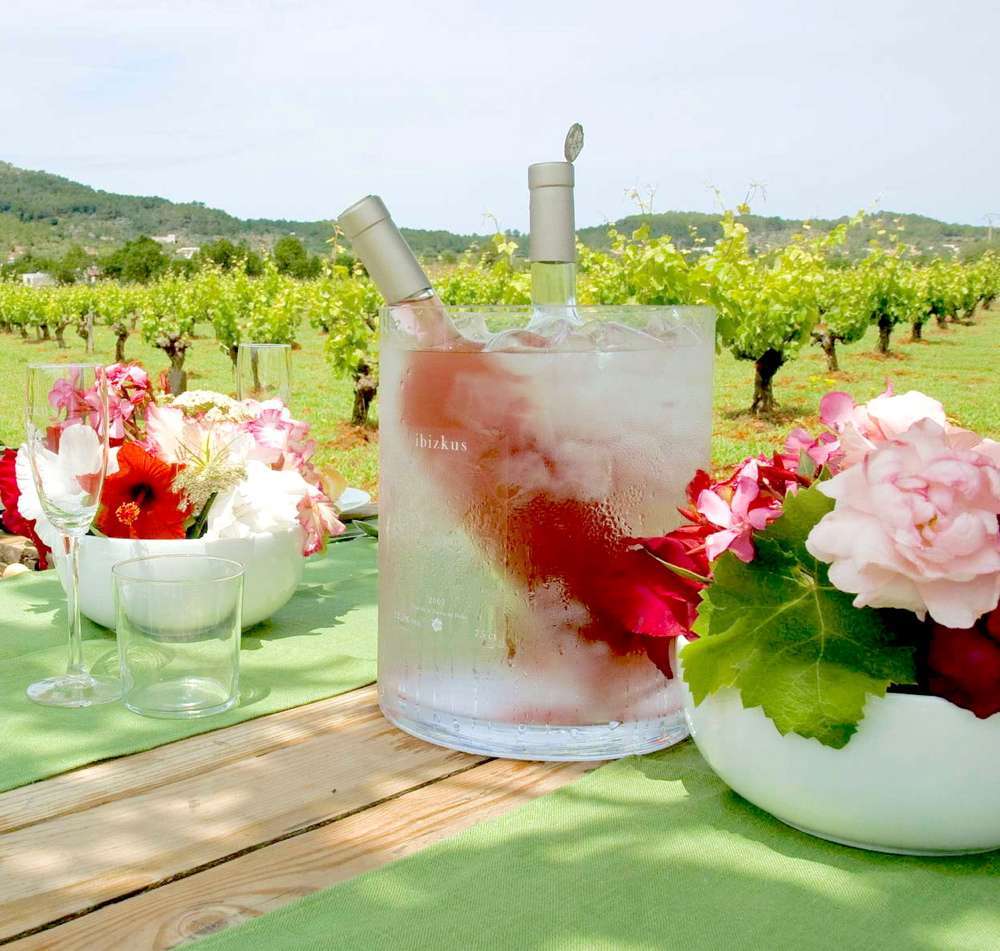