On 1st July 2021, Manchester Hip Hop Archive launched its inaugural exhibition at Manchester  Central Library – spotlighting the impact of the genre on the region’s community with a free exhibition of Hip Hop memorabilia and materials from the 1980s to present day, marking over 40 years of Hip Hop lifestyle and culture in the city.

Music Journalist graduate and MHHA volunteer, Jack Meredith gives his insight into the exhibition. Read his review below.

When all is said and done, it’s most likely Manchester will be remembered sonically most frequently via the likes of the Hacienda and Madchester eras. However, the cities musical timeline is much vaster than some would think; around the time that the Hacienda opened, there was an innovative genre immigrating from the States which captivated the youth of Manchester, and the rest of Britain, in the aftermath of the 1981 riots; that genre was Hip Hop. Greg Wilson, who pioneered the sound in Manchester at his residency at the Hacienda in its opening year, also introduced the Mancunian crowd to the Broken Glass Street Crew. The rest, they say, is history. History you can see up close and personal at this exhibition.

The Manchester Hip Hop Archive have organised a visceral and chronological understanding of the movement by way of an exhibition at Manchester Central Library in St. Peter’s Square, slap bang in the town centre of the City that birthed the artefacts the exhibition boasts. These artefacts include cultural and historical relics of past Manchester Hip Hop culture; from original iconic clothing, LP’s and cassettes to actual hardware used in the production of pirate radio. Graffiti and B-Boy culture is heavily represented also, which creates for an all-encompassing experience which allows the viewer to immerse themselves in the history of Hip Hop in the city of Manchester. 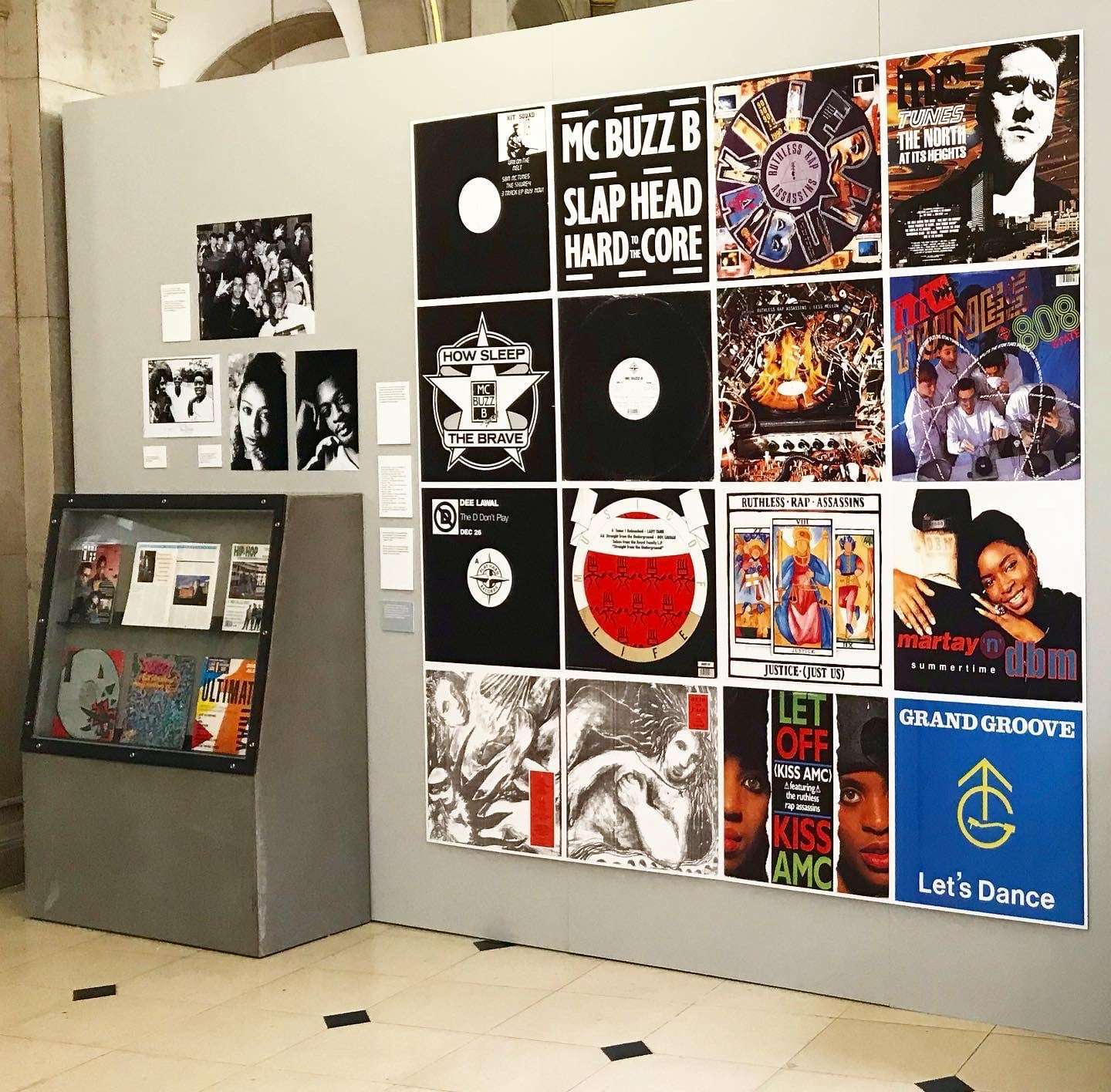 The exhibition, which runs through until late September, offers a detailed view of the influence Hip Hop has had on Manchester and the rest of the country in general. From the outset, it is made very evident that the genre is more than just music, it is a culture with a heartbeat, a community and with many different facets. B-Boy’s, graffiti and pirate radio are all huge factors in Hip Hop’s growth and development in this city, the relevant artefacts which tell this incredible story are available to see, hear and experience at the Manchester Hip Hop Archive. 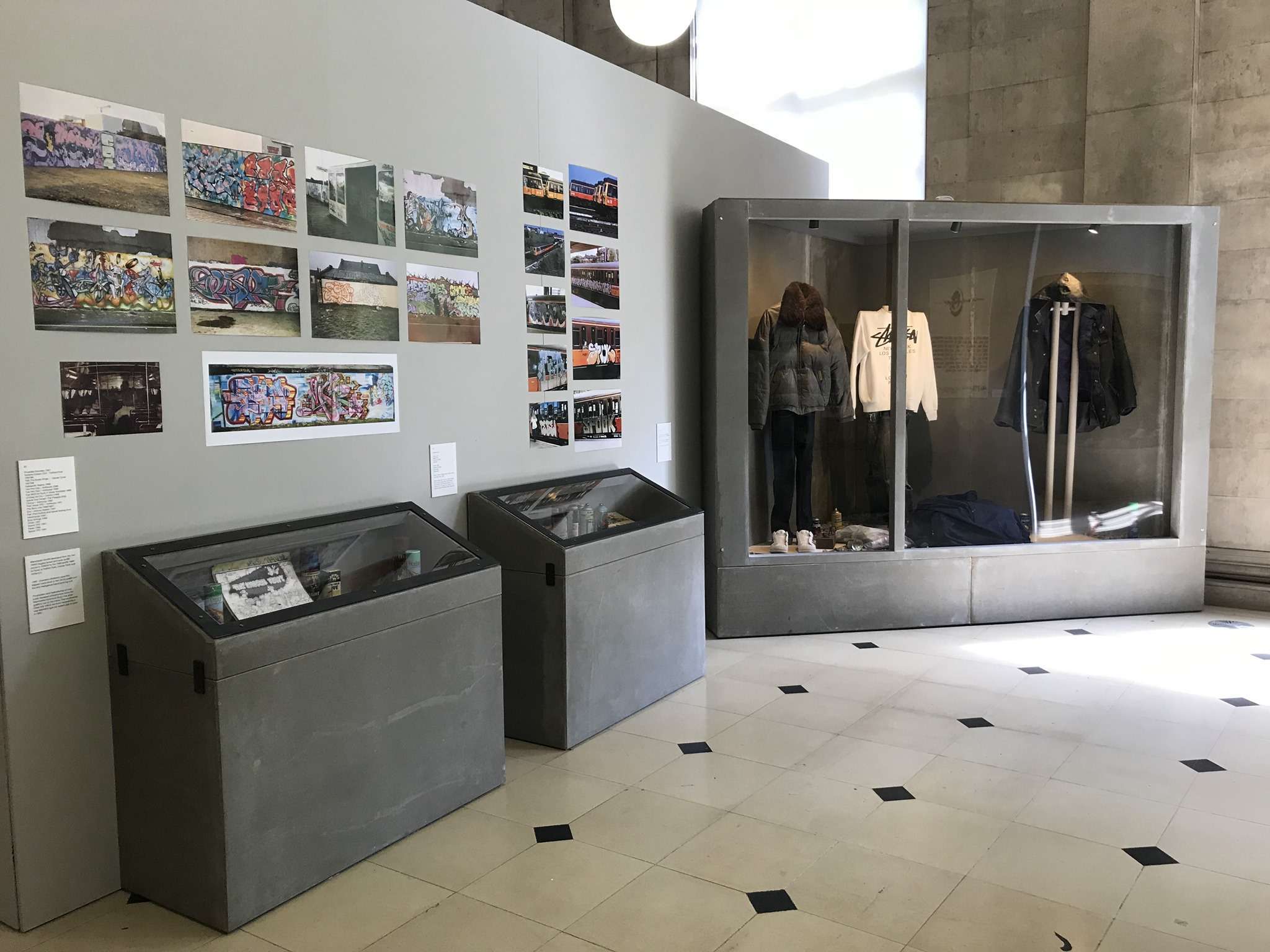 The exhibition is open now to view for free at the Central Library in St. Peter’s Square (M2 5PD) until the 28th of September.